Multiple injuries in wreck on First Street in Rockville 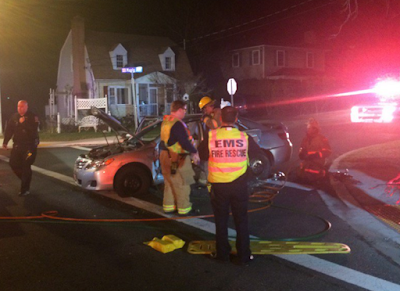 At least one person was trapped, and several victims were transported to local hospitals, after a 3-car crash on First Street at Maple Avenue in Rockville last night. The street had to be temporarily shut down while Montgomery County Fire and Rescue personnel tended to multiple injuries at the scene. No word yet on what caused the wreck.

Photo by Pete Piringer/MCFRS
Posted by Robert Dyer at 8:00 AM