A Wheaton woman might still be alive today, but for Montgomery County's sanctuary county immigration policies. According to Maryland court records, Elmer Marilan Campos-Martinez - who has been charged with second-degree murder in the death of Wheaton mother and KFC employee Dania Mendez de Guerra - was detained in traffic stops twice by police since 2012. Because officers are forbidden to ask about the immigration status of those they stop, Campos-Martinez was put back on the streets, despite being in the country illegally.

Case records indicate that Campos-Martinez was pulled over by Montgomery County police on October 7, 2012 at 11:46 PM. He was cited for operating a motor scooter without a license on Veirs Mill Road at Parkland Drive. On April 23, 2013, Campos-Martinez paid a $50 fine and $33 in court fees. Without a check of his citizenship status, he was a free man. 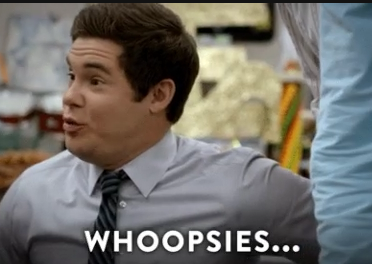 While still living on N. Horners Lane in Rockville, Campos-Martinez was pulled over yet again by Rockville City police on April 20, 2014 at 11:13 PM. Driving an actual car this time, he was cited for driving without a license on Veirs Mill Road at First Street in Rockville.  Once again, the officer was not allowed to check his immigration status. In this case, Campos-Martinez did not even have to pay a fine or court fees. The prosecutor entered a nolle prosequi, meaning the State would not pursue the case, and the charges were thereby dropped.

Three-and-a-half years later, Campos-Martinez - now living in the Woods Edge Apartments on Cove Lane in Rockville - was working alongside de Guerra at the KFC at 2119 University Boulevard West in Wheaton. Leaving work, he laid in wait for the 21-year-old de Guerra to walk home to her husband and child on Amherst Avenue, police allege. Four days later, her body was found behind the CVS Pharmacy across a parking lot from her apartment. 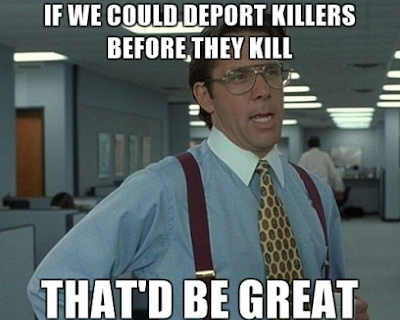 Of course, he wouldn't have been there to lay in wait, had he been deported in 2012 after his first scooter misadventure (by the way, do you believe you would have avoided a fine and court fees if you were caught driving without a license? Is there now a separate law for non-citizens?). In fact, Campos-Martinez was deported in 1994. But the sanctuary policies of Montgomery County kept him coming back.
If the murder allegations by police are true, those policies cost Dania Mendez de Guerra her life, and her family a wife and mother.
Posted by Robert Dyer at 8:00 AM

Email ThisBlogThis!Share to TwitterShare to FacebookShare to Pinterest
Labels: immigration