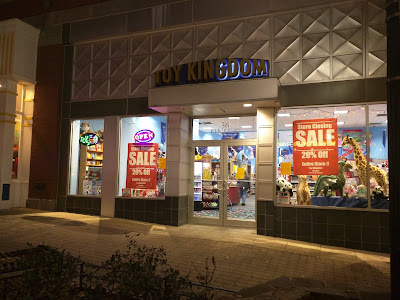 The news out of Rockville Town Square is a cannonball to the gut of those hoping small, mom-and-pop businesses have a future in redeveloping areas of Montgomery County. Toy Kingdom will close on December 31, after 11 years in business. All items are now 20% off during a closing sale. 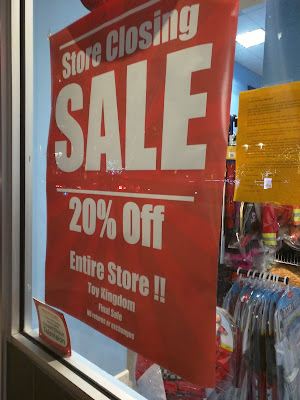 Many residents surveyed for the city's Rockville 2040 Master Plan listening sessions mentioned Toy Kingdom as the type of local business they would like to retain, even as the city continues to grow and redevelop. And the store was frequently cited as an example of how small shops could survive alongside national chains in new urbanist town centers.

"As a parent, this is a big bummer," one patron told me Sunday. "It was a nice little shop, and will leave another hole in Town Center." In a letter to employees and customers, Toy Kingdom's owner called the closure a "difficult decision." If you consider the increasing challenges of climbing taxes and rents, and online shopping - - combined with the "Great Recession" hitting right after the store opened, eleven years can certainly can be considered a very impressive run for Toy Kingdom.

Montgomery County has suffered a net loss of over 2000 retail jobs since 2000, according to the Maryland Retailers Association.
Posted by Robert Dyer at 8:00 AM