MD A.G. opposing $4 billion deal...for company in his own state 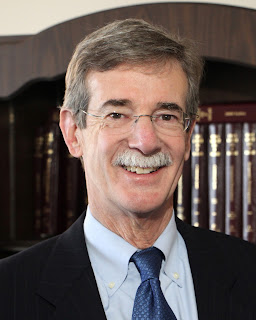 A virtually unprecedented situation is unfolding in Maryland. The state's attorney general, Brian Frosh, is opposing a $4 billion dollar merger expected to be a financial boon for a company...in his own state. In a move that has left many in the business community again scratching their heads over the anti-business mania of the Montgomery County political cartel, Frosh last Friday joined his peers in Illinois, Massachusetts, and Rhode Island in opposing the merger of Sinclair Broadcasting and Tribune Media Company.

Hunt Valley, Maryland-based Sinclair forecasts the merger would be a boon in boosting revenues, cutting costs and generating cash flow to pay down debts. Should such benefits come to pass, the cash flow would also go to the state of Maryland via taxes. But now Maryland's own attorney general is stepping in to try and stop the deal, which is currently before the Federal Communications Commission.

Despite that potential revenue boost for the state, Frosh is calling the merger "a bad deal for Marylanders." The attorney general claims the deal would raise the cost of cable, and reduce programming choices for viewers. Apparently, Frosh is unaware of Netflix, HBO Now, Sling TV, Hulu, YouTube TV, Playstation Vue, Amazon Prime Video, CBS All Access, Crackle, Tubi TV, Acorn TV, and Pluto TV, just to name a few.

Frosh and his fellow travelers also say the merger would improperly use the UHF Discount rule to avoid the FCC cap on total station reach, and advise the FCC to wait until the District of Columbia Circuit Court issues its final ruling on the UHF rule. But clear heads can rule today that the Montgomery County political cartel has once again lost its wits.

While the deal should certainly be scrutinized by regulators, it is astonishing to witness a state's attorney general trying to sabotage a deal - and lower profits for - a company in his own state. It does not help Montgomery County and Maryland shed their horrible international reputation as anti-business jurisdictions. And will therefore give just one more reason for corporations to avoid us and relocate to Virginia instead.