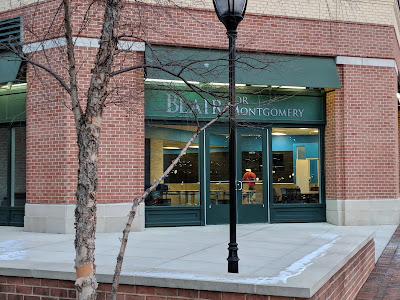 David Blair, a Democratic candidate for Montgomery County Executive, has established a campaign headquarters in the ground floor of The Sterling, at 11700 Old Georgetown Road near the White Flint Metro station and across from Pike & Rose. With the primary election just over six months away, there was some activity inside the office even on New Year's Eve this past weekend.

The office has a high-visibility location along the heavily-traveled Rockville Pike corridor, where commuters stuck in traffic will have ample time to notice the Blair headquarters. Blair entered the race in November. 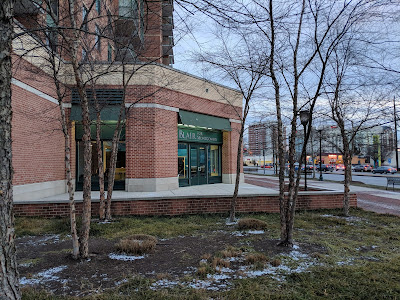 Founder and former CEO of Catalyst Health Solutions, and a lifelong resident of Montgomery County, Blair brings considerable personal wealth to the table. He is a minority partner in Monumental Sports and Entertainment, and along with his wife, recently opened Badlands Playspace in Rockville. Blair will be a strong contender for support within the business community. He has identified education, economic development and transportation as his key issues.

Blair was a co-founder of Empower Montgomery, a tax-exempt non-profit organization that advocates for open primaries that allow independents to vote for state and local office nominating contests, easing voter restrictions, expanding early and absentee voting, and engaging communities with low rates of voter participation. He has stepped aside from that role to run, leaving co-founders Charles Nulsen III, the president of Washington Property Company, and Chris Bruch, president and COO of The Donohoe Companies, to lead the organization, which has announced plans to be active in this year's County elections. 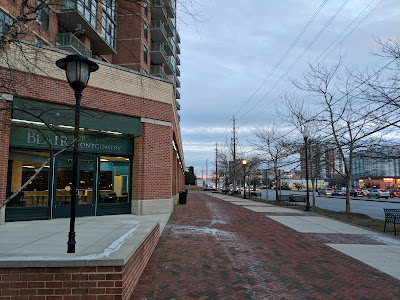 The Democratic executive race, into which yet more candidates may enter, is still developing. There are several lanes to victory. Blair and Bill Frick will compete in the "outsider" lane, despite Frick's longstanding time in the House of Delegates; Frick can honestly claim to have had no role in the disastrous County Council term that will end this November. Both are arguing for a more business-friendly atmosphere, in a county currently notorious nationwide as hostile to business.

Roger Berliner, Rose Krasnow and George Leventhal are jousting for support from the currently-ruling Montgomery County political cartel, a slim faction of the local Democratic party fueled by developer donations. All three played a major role in disastrous sector plans such as Westbard, which directly led to voters decisively approving term limits in November 2016.

Marc Elrich, despite a perplexing "Yes" vote on the Westbard plan, enters the race as the most popular Democrat in Montgomery County, as confirmed by his vote total in 2014. He brings strong support from labor, true progressives, civic associations and residents concerned about the impact of urbanization on existing neighborhoods, roads and schools. Washington Post columnist Robert McCartney predicted this past weekend that Elrich will be the winner in June and November.

The Democratic winner - as it stands for the moment - will take on Republican Robin Ficker, who has vocally opposed the tax hikes and development decisions that so angered residents into their term limit vote in 2016.
Posted by Robert Dyer at 10:00 AM