Kusshi to open this fall at Pike & Rose 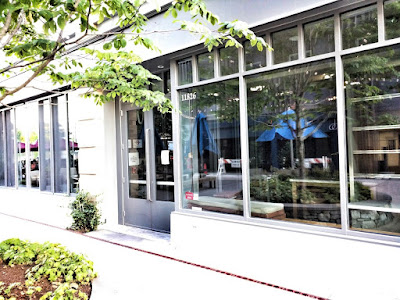 A new Japanese restaurant from the owners of Hanaro Sushi in Bethesda will open at Pike & Rose this fall. Kusshi will take over the space at 11826 Trade Street vacated last June by Carluccio's.

For diners who enjoy ordering omakase, Kusshi promises a new adventure each time, from the day's freshest ingredients. The restaurant takes its name from the Kusshi oyster, which is Japanese for "ultimate."

Kusshi will be helmed by head chef Jackie Naka Zima, who will oversee a menu of options that will include the aforementioned Kusshi oyster, sea urchin and other Japanese delicacies. The restaurant will also boast the largest sake selection in the entire D.C. area.

Co-founder Tony Chow said the team chose Pike & Rose as the location for their concept because the Federal Realty development has the same high standards of quality and service they will have in their restaurant. Taking note of the upscale shops, restaurants and luxury residential buildings of Pike & Rose, Chow said, "we wanted to be part of the neighborhood."
Posted by Robert Dyer at 8:00 AM