Montgomery County police detectives have released a composite image of the suspect in an August 13 sexual assault in Rockville, in hopes that the public can help identify him. Officers responded to an apartment in the 200 block of Rollins Avenue around 11:00 PM that night, after a caller reported a sexual assault.

Detectives say the pantless suspect approached the female victim as she was sitting outside the apartment complex, and grabbed her shirt. He then attempted to pull down her pants. The victim fought back, and the suspect fled on foot in an unknown direction. 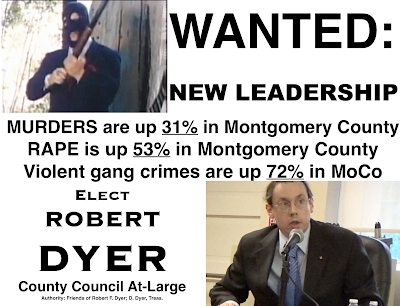 Police describe the suspect as a "husky" Asian male in his mid-30’s, approximately 5′ 7″ tall. He has a "broad face with a wide jawline," acne on his cheeks, black hair, and brown eyes. The suspect was wearing a tan baseball cap, a tan T-shirt, and was not wearing pants.

Detectives are asking anyone with information about this incident or the suspect to call the Special Victims Investigations Division at 240-773-5050. Those who wish to remain anonymous may call Crime Solvers of Montgomery County toll-free at 1-866-411-TIPS (8477). Crime Solvers will pay a cash reward of up to $10,000 for information provided to them that leads to an arrest and/or indictment of the suspect.
Posted by Robert Dyer at 8:00 AM