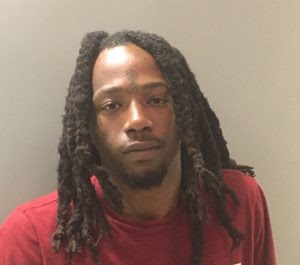 Just days after Montgomery County reported a 53% spike in rapes this year, a suspect has been arrested in a July 28 rape case in Rockville. Terrance D. Zimmerman, 27, of Chesley Knoll Court in Gaithersburg, was arrested Wednesday, and has been charged with the first-degree rape of an adult female victim.

The victim met Zimmerman and a second person at the Rockville Metro station on July 28, and exhanged words and phone numbers. She then accompanied Zimmerman to the rear of a home on MacArthur Drive. At that point, Zimmerman allegedly pulled out a folding knife and placed it at the victim's throat, and proceeded to rape her.

She reported the alleged rape to police two days later on July 30. Police were able to use phone calls, texts, and Metro surveillance video to identify and locate the suspect. Zimmerman is being held without bond.
Posted by Robert Dyer at 8:00 AM