Man charged with murdering his mother outside Rockville church 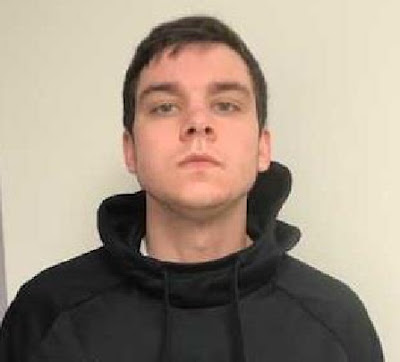 Montgomery County police have arrested and charged a suspect in the deadly assault of a woman outside St. Raphael's Catholic Church in Rockville last Friday evening.  Kevin Justin McGuigan, 21, of the 10300 block of Grosvenor Place, has been charged with the first-degree murder of his mother, 49-year-old Jaclyn McGuigan, of Marwood Court in Rockville.

Detectives allege McGuigan fatally wounded his mother around 6:00 PM outside of the church with an unidentified "cutting type of instrument." Witnesses who heard the victim's screams say they saw McGuigan standing over his mother, who was laying on the ground at that point, and then fleeing in a Honda sedan.

Police found McGuigan's Honda abandoned at Falls Road Local Park forty minutes after the alleged assault took place. After obtaining an arrest warrant for McGuigan, County officers closed in on him at a Rockville gas station Saturday morning around 7:00 AM, successfully taking McGuigan into custody.
Posted by Robert Dyer at 8:00 AM