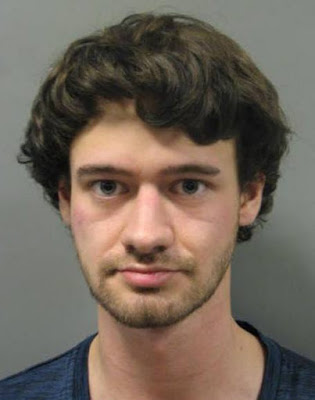 The suspect sought in the sexual assault of a 5-year-old girl at the Rockville Memorial Library is now in custody. Montgomery County police have arrested and charged Keelan M. Sternklar, 26, of an unconfirmed address, for committing a third-degree sexual offense and second-degree assault in the December 15 incident.

Sternklar was located by City of Rockville police in an unspecified coffee shop "approximately one block" from the library on Thursday around the same hour he had been spotted in the library days earlier. County police arrested him later at a homeless shelter on Crabbs Branch Way. Detectives report Sternklar has admitted he was in the library at the time of the alleged December 15 assault.
Posted by Robert Dyer at 8:00 AM