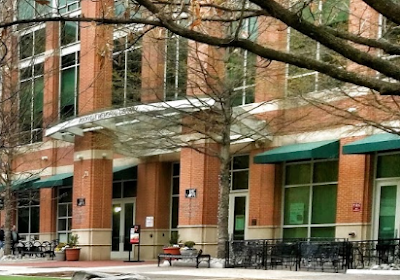 Montgomery County police detectives with the Special Victims Investigations Division have said that a 5-year-old girl was sexually assaulted by a man at the Rockville Memorial Library at 21 Maryland Avenue on Saturday, December 15 around 6:00 PM. A suspect in the case has been identified in surveillance camera footage lingering in the childrens' section of the library for thirty minutes prior to the attack.

When he did attack, police say, the suspect allegedly approached the victim, pulled down her pants, and touched her inappropriately. The victim screamed and told her parents what had happened. Detectives describe the suspect as a white male, with a possible thin goatee and a medium build.

Anyone who was in the library on the date this incident occurred and observed any part of this incident or believes he/she may have information pertinent to this investigation is asked to call detectives at 240-773-5448.
Posted by Robert Dyer at 8:00 AM