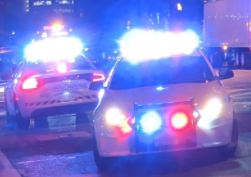 Richardson was transported to an unidentified local hospital, where he later died from his injuries. The driver of the Prius, identified as Tatiana Ogundeko, 22, of Waldorf, and an adult female passenger were not injured in the collision. They remained on the scene and are cooperating with police. Anyone with information regarding this collision is asked to contact the Collision Reconstruction Unit at 240-773-6620.