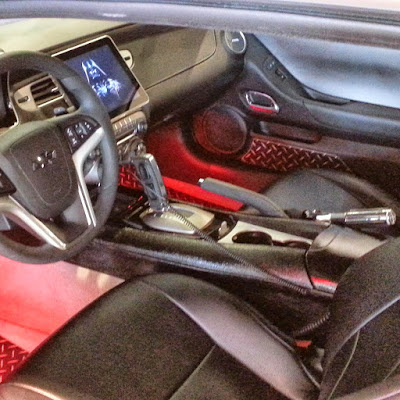 Billionaire Glenn Stearns is best known as TV's Undercover Billionaire, and as the founder of Stearns Lending. Lesser known are his Montgomery County days, when he attended Richard Montgomery High School in Rockville. Stearns never forgot his 1969 Chevrolet Camaro Z-28, but never expected to find it again after being forced to sell it later.

But, as he tells Hot Rod magazine, Stearns incredibly found the car while attending a Barrett-Jackson auto auction with football legend John Elway. The Glacier Blue Z "was a known fast car on the streets of Rockville, Maryland, and among fellow students at Richard Montgomery High School," Hot Rod reports.

Now Stearns is once again behind the wheel of the car that once cruised the streets of Rockville. Bidding by phone when he had to leave the auction early for business, the billionaire reclaimed his long lost car. As sports car aficionados know, it's hard to stay "undercover" for long driving a Camaro Z-28.