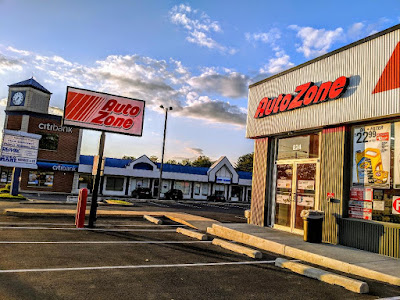 AutoZone has opened its first Rockville store at 824 Rockville Pike. This is good news for automobile owners, and a sharp blow to the Montgomery County political cartel which banned Walmart from opening any more stores in MoCo. Two planned Walmarts on Rockville Pike and in Aspen Hill were deep-sixed by the County Council earlier this decade, forcing their constituents to continue overpaying for groceries. 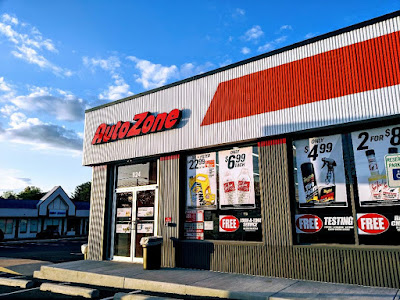 Unlike the County Council's successful efforts to keep grocery prices high and moving higher (Walmart customers save an average of over $12 per week on groceries compared to customers of Giant, Safeway, etc.), the arrival of AutoZone will push a downward force on auto accessory prices in the city.  Not everyone is making six-figure, taxpayer-funded salaries like our elected officials, who shop at Whole Foods and hipster upscale markets.
Posted by Robert Dyer at 8:00 AM