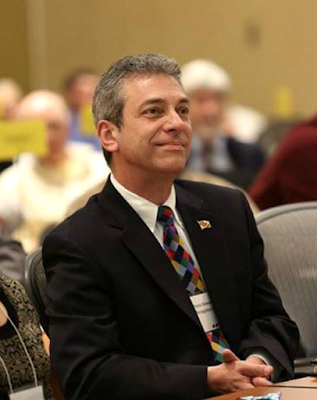 Laytonsville resident Frank Howard has officially filed to run for Congress in Maryland's 6th District, the ridiculously-gerrymandered area that runs from Western Maryland all the way into many parts of Montgomery County. Within Montgomery, it includes rapidly-growing towns and cities like Gaithersburg, Montgomery Village, Germantown and Clarksburg; rural areas like Poolesville; and parts of Rockville and Potomac - and even a tiny bit of Bethesda, around Westfield Montgomery Mall. But wait, there's more: it also takes in parts of Aspen Hill.

Howard says he would seek to lower the U.S. corporate income tax, restore defense spending, protect Western Maryland workers against the "War on Coal", and replace the Affordable Care Act with a free-market alternative.

The Republican ran a formidable campaign for the District 14 State Senate seat in 2014, in which he was endorsed by the Washington Post, The Gazette, and the Maryland Farm Bureau PAC. An Old Dominion University graduate, Howard is an Air Force veteran and an owner of Shipley Associates. He has also been active in the community, as President of the Board of Directors for Second Chance Wildlife Center, and with Gaithersburg Meals on Wheels.

Photo courtesy Frank Howard for Congress
Posted by Robert Dyer at 8:00 AM