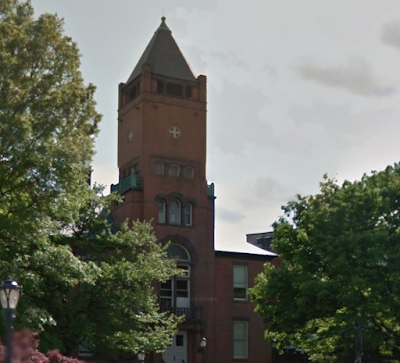 The old switcheroo - the official announcement for this event, published the day after the Mayor and Council meeting July 13, indicates that the Confederate statue public hearing will now be held before the meeting, and will begin at 6:00 PM, Monday July 20.

The article has been updated to reflect the schedule change.

Rockville will have a public discussion of the fate of the Confederate statue located by the Red Brick Courthouse before the Monday, July 20 Mayor and Council meeting. Officials and historical experts are being invited from the Montgomery County Historical Society, Peerless Rockville and Montgomery County NAACP, as are experts on the Civil War. No speaker is yet confirmed.

The conversation will be held as a work session before the meeting at City Hall.

Since the recent controversy over Confederate symbols began, the question of whether Rockville's statue - which is actually on Montgomery County property, making the statue's fate a county decision - should remain or be moved has been part of that discussion locally.

Next Monday's regular Mayor and Council meeting will begin at 7:00 PM at City Hall.
Posted by Robert Dyer at 8:00 AM