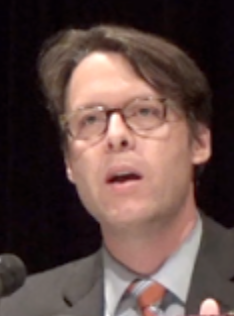 The current special orders system for beer, wine and liquor in Montgomery County is hurting bars and restaurants' bottom lines and social media reputations, according to several county businesspeople who testified before the Ad Hoc Committee on Liquor Control last night.

Mark Moore of Bethesda's Tyber Bierhaus said that customers can't always get the special German, Belgian or Czech Republic brews they were expecting there, leading to negative comments online that hurt business. The reason some of his taps are not in use at times, Moore testified, is that the County Department of Liquor Control can't fulfill the special orders.

Hans Olson of Clyde's Tower Oaks Lodge recalled that his business was told by the DLC that a bartender staple, Maker's Mark, was simply not available during the busy holiday season. Another popular spirit, Grey Goose vodka, was unavailable in the county for six weeks on one occasion, he said.

And prominent local chef Geoff Tracy, who owns Chef Geoff's in Rockville and Lia's in Friendship Heights, said the DLC is currently unable to serve MoCo restaurants at the level of service their DC and Virginia competitors currently enjoy.

Montgomery County is the only jurisdiction in the state of Maryland with total government control of liquor through the DLC. The Ad Hoc Committee has been unsuccessful in answering the question of many residents and businesspeople: Why is the county involved in the liquor business to begin with? It is now down to only one reform suggestion, allowing alcohol wholesalers to sell and deliver special orders to retailers and restaurants. DLC would continue to have a monopoly on distribution of "stock" beer and wine.

Of course, this will cost around 15 county employees their jobs, for which the proposal offers little substantial remedy. And it will take a sizable chunk out of the approximately $30 million in revenue the county takes in annually from liquor sales. To make up that lost amount - now even more critical with the Supreme Court Wynne decision costing MoCo $50 million in the FY-2017 budget, and added Purple Line cost of $50 million - the county will have to levy some kind of tax on alcohol sales.

Such a tax or fee could end up raising the cost of alcohol. Some in the hospitality business question why the county is still entitled to revenue, if it is no longer providing any service. Good question. What's the justification? And, while we know "Option 4" will be financially beneficial to a few private liquor distributors, will the new special order system sustain, worsen or improve the current situation for restaurants, bars, and their patrons? Sure, accounting and delivery speed will surely improve, but what about prices, particularly with the unknown county tax added?

Molly Horn, bar manager at the new All Set Restaurant and Bar in downtown Silver Spring, noted that customers can now get the same drink for a lower price right over the border in DC under the county's current system. That's a huge disadvantage to county restauranteurs and patrons.

But the county even gouges retailers, currently. Charleen Merkel of Bradley Food & Beverage in Bethesda said the county is charging private retail stores like hers a higher markup on wine, while selling it for a cheaper price to consumers in county-operated liquor stores.

Of course, Option 4 sounds good under the circumstances. If you were a political prisoner surviving on bread and water in solitary confinement, and the warden said you could have a prime rib and a run around the prison yard once a day, you might consider that good news, too. But it wouldn't make the overall wrong right, and hardly be celebration-worthy.

But there's entirely too much fawning media coverage of the "effort" to reform the liquor system in Montgomery County by Councilmember Hans Riemer. If Option 4 indeed comes to pass, it won't be the end of liquor control by county government. It doesn't assure that prices will be lower in the long term.

What Riemer and other officials are saying is, we're going to give you back a little bit of your business we have no business being involved with in the first place. They're still not getting out of that business. And they still don't trust you, the adult taxpayer, to buy Bud Light or a sub-$10 wine bottle at Giant or CVS.

Before the MoCo political machine apologists say, "but that's the state law, not the county!" - yes, it is.

But charging a tax and allowing private distribution, if Option 4 comes to pass, will require two legislative actions in Annapolis. Why not add in grocery and convenience store sales to the legislative "ask" at the same time? Guess what, they're not going to. Put those pom-poms away.

Speaking of fawning media coverage, when will the local media ask Councilmember Riemer what he knew, and when he knew it, regarding alleged illegal activity in the DLC? Riemer appeared to be highly-involved in an NBC4 investigation, which purported to show employees drinking on the job, and engaged in other illegal activity. Yet that report, which included a well-staged, formal sit-down interview with Riemer, aired a mere 48 hours after Election Day in November 2014.

Was illegal activity in DLC known to Councilmember Riemer prior to Election Day, but not disclosed until after he was safely reelected? Riemer and the County Council have oversight authority over the DLC, and each of them took an oath of office that required them to uphold the law, which would include reporting illegal activity immediately to law enforcement authorities.

Enquiring minds want to know.
Posted by Robert Dyer at 8:00 AM