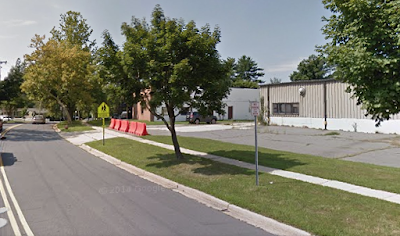 Siena Corporation is keeping its options open, should it find a legal recourse to force the City of Rockville to allow its approved self storage facility at 1175 Taft Street to go forward. The company has had no luck with either legal motion it has filed in Montgomery County Circuit Court so far.

By the time either motion reaches the end of the line in court, the approved site plan for the facility will expire. City staff is recommending the Planning Commission - which originally granted the approval, before the project was blocked by a Zoning Text Amendment forbidding self storage within 250 feet of a school (Maryvale Elementary School, in this case), passed by the Mayor and Council in February 2015 - approve the 1-year extension for the self storage project. The commission will take up the matter at its meeting tonight at 7:00 PM at City Hall.
Posted by Robert Dyer at 11:08 AM

Email ThisBlogThis!Share to TwitterShare to FacebookShare to Pinterest
Labels: Planning Commission, self storage