Are some MoCo Councilmembers seeking an end-run around term limits? MD House bill could do it 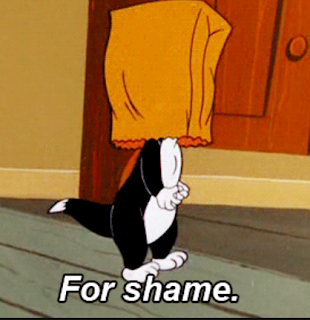 Four Montgomery County Councilmembers will be unable to run for reelection in 2018, thanks to voters overwhelmingly approving term limits in last November's election. Councilmembers Hans Riemer, Nancy Navarro and Craig Rice can only run once more in 2018, and if they win a third term, will have to step down in 2022.

Montgomery County's House delegation in Annapolis has quietly introduced a bill that would stagger terms of the County Council. Some seats would be elected in gubernatorial years, and others in presidential years. Presidential year elections strongly favor incumbents and establishment candidates, which is why municipal incumbents financially-backed by developers and other special interests often press for their towns and cities to move their elections to presidential years.

Voters in presidential years are greater in number, but studies and voting results have shown they are less attuned to local politics than those who turn out in off-year elections. Those pressing for local offices to be elected in presidential years will often turn that fact on its head, and claim that invisible force fields are somehow preventing large numbers of voters from reaching the polls in off-year elections, a farcical claim.

The fact is, people who don't care about what's going on at the county level, don't vote in off-year elections. Having more low-information voters who literally don't care about the local outcomes deciding our County elections is a terrible idea.

But put that debate aside for a moment.

This bill could be abused by a County Council and political machine still smarting from being totally repudiated by their constituents in the last election in three ways:

First, and most appallingly, the way this bill is written would leave the door open for the County Council itself to extend an American Idol-esque "save" to colleagues of their choice in 2022. Riemer, Navarro and Rice could actually vote themselves a two-year extension in office until 2024. Or would they still get the boot, and whoever runs for the seats that will be voted on in 2024 will only get a two-year term? The problem is, the bill doesn't say.

Third, County Councilmembers ousted by term limits in 2022 wouldn't have to cool off for four years before running again, as voters clearly said they should. Instead, they could try to get back on in two years.

All three of these abuses would be clear moves to subvert the will of the voters in 2016. Of course, those among the majority who voted against the ambulance fee probably wouldn't be shocked.

There is no mass support or demand from the people for a switch to staggered elections. No meaningful effort has been made by either the Council or the delegation to alert or educate the public that a major change like this is being proposed. It's a change clearly designed to favor incumbents and candidates of the political machine.

This bill should either be edited to give the Council less leeway to abuse the process, or be tabled. In the meantime, watch this effort carefully. A public hearing is scheduled in Annapolis before the Ways and Means Committee on the bill this Thursday, February 16, 2017 at 1:00 PM.

If, like most people, you will be unable to travel to Annapolis midday on a weekday, please use this contact information to tell our delegates and senators (and the members of the Ways and Means Committee) to table House Bill 348.
Posted by Robert Dyer at 8:00 AM