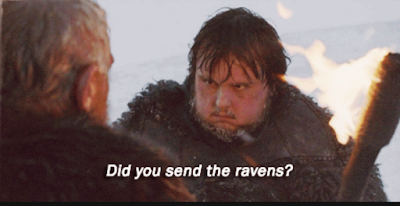 Put another mark in the "loss" column for moribund Montgomery County. idX Corporation, an international firm that manufactures custom retail store displays for everything from mom-and-pops to big box stores, was seeking a new home for its Columbia, MD factory. The Montgomery County Council never expressed any public interest in wooing idX. Virginia did.

150 skilled manufacturing jobs are now going to leapfrog Montgomery County, and land at a shuttered General Motors plant in Fredericksburg. Virginia Governor Terry McAuliffe approved a $400,000 grant, and idX will invest $7.2 million. McAuliffe took a victory lap on Tuesday, celebrating as "we welcome another impressive international manufacturing company to our corporate roster.”

Rubbing extra salt in the wound, is that the factory is located next door to a hip craft brewery, ritzy Fredericksburg Country Club, and a vibrant residential neighborhood. Montgomery County Executive Ike Leggett laments that we are becoming a "bedroom community," forcing our residents to commute to job centers elsewhere. At the same moment, Spotsylvania County Administrator Mark B. Taylor is praising the arrival of "150 skilled jobs. Good local jobs like these are opportunities for some of our talented Spotsylvania workforce to reduce their commutes – and that’s good for their families, and good for our community.”

Just to dwell on the complete humiliation of our impotent Montgomery County Council for a moment longer, think about what a bomb Councilmember Hans Riemer's failed "nighttime economy" initiative was, with 9 night clubs shuttering after just a few years of his "leadership." One of the only two 24-hour restaurants closed, and businesses cut back late-night hours. Attempts to attract a craft brewery to downtown Bethesda stalled, and Riemer and his political-operative-turned-$150K-County-employee ran 96% of food trucks out of the county or out-of-business altogether.
Now look next door to this Fredericksburg factory, at what Maltese Brewing Company is doing there. Their brewery and beer garden are open to the public, and there are events like comedy shows, Ugly Sweater Christmas parties and breakfasts. And...a regular roster of food trucks. Yesterday, you could have been enjoying their new Coffee Brown and English IPA on a warm afternoon in the beer garden. You can be sure idX employees will appreciate this nearby amenity, as skilled workers pump spending money into local businesses.

The Council could have come up with a bold vision for the future of the River Road industrial area during the rewrite of the Westbard sector plan, to maximize corporate office space, research facilities and skilled manufacturing for aerospace and tech firms. They didn't, instead voting unanimously for a series of boxes filled with over 3000 new residents, whose cars will hit River Road each morning to reach their jobs elsewhere.

In addition to a superior business climate, with lower taxes and fewer regulations, the Spotsylvania County site is also located near major highways, including I-95. The seller touted "excellent interstate highway connectivity in all directions." Meanwhile, the Montgomery County Council defiantly refuses to finish our master plan highway system, and is trying to reduce speed limits to jam traffic even more.

The 77.10 acre Frederickburg site also has its own rail spur that connects to the CSX railroad for shipping purposes. This is something we could offer to private space and aerospace manufacturers at the current Montgomery County Fairgrounds site, but you can bet our current elected officials will try to make that land residential instead when it is sold in the future. In fact, the only use the Council has made of land along the CSX mainline to Chicago so far is a plant that turns trash into energy. Which was on fire for about a month recently, as I recall. Nice. But, hey, pretty appropriate when you have a County Council that's the equivalent of a dumpster fire.

Montgomery County was the only DC-area jurisdiction to suffer a net loss of private sector jobs since 2000, including the loss of over 2000 retail jobs. While our elected officials continue a super-low-energy style of "leadership," lurching from one reactionary and tardy response to failure (like our 911 system and Flower Branch apartments explosion, government failures that directly caused 9 of their constitutents to die) to another, jurisdictions around us are moving forward.

“Spotsylvania County is an ideal location for a growing business, which idX’s decision reaffirms,” VA Senator Ryan T. McDougle said Tuesday. Why isn't Montgomery County? Throw the bums out.
Posted by Robert Dyer at 8:29 AM