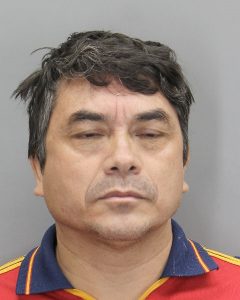 "This case shows how the noncooperation policies of one jurisdiction can have serious public safety impacts on its neighbors,” ICE Washington Field Office Director Russell Hott said yesterday. Hernandez-Morales is involved with the youth ministry program at Iglesia de Dios en Cristo, located on W. Diamond Avenue in Gaithersburg, Montgomery County police have said. They have expressed concern that there may be additional child victims in this case.
Posted by Robert Dyer at 9:00 AM