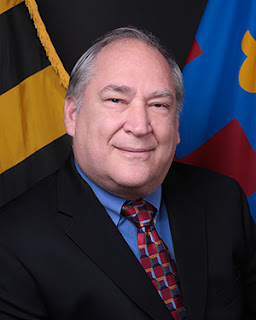 Montgomery County Executive Marc Elrich is yet again the target of another hit piece in The Washington Post, which makes no secret of its disdain for Elrich, labor unions, and the men and women of our police department. Incredibly, the article, "Executive won't back housing targets" (Metro section, November 21, 2019) presents no defenders of Elrich's position. It instead attempts to paint him as a man entirely alone. Nothing could be further from the truth.

Elrich is the most popular elected official in Montgomery County, in both die-hard following and in actual votes cast. One of the key reasons is his willingness to put citizens over the interests of developers in situations exactly like this. As I reported earlier this month, the developer-controlled Metropolitan Washington Council of Governments has put forward an "affordable housing" scheme designed to profit - surprise! - developers.  It has asked local jurisdictions to build a specific number of new, low-income housing units by 2030. Of Montgomery, it has asked for us to allow 23,100 additional low-income housing units to be constructed by 2030, in addition to those already approved or proposed.

Needless to say, agreeing to such a target would bankrupt the County for multiple reasons. MoCo has a structural budget deficit as far out as the future projections go. Our economy is so moribund, Montgomery ranks rock bottom in the region by every relevant federal economic development statistic from job creation to new business starts to new business growth this decade. We haven't attracted a single major new corporate headquarters to the county in over two decades.

The County's debt is so large, if it were a department, it would be the 3rd-largest department in the County government. Despite record-high taxes, County revenue is actually declining. Many of the ultra-rich have fled to lower-tax jurisdictions in our region, taking their money with them. And most significantly, because the in-the-red-every-year budget has proven definitively that residential housing growth costs more in new services than it generates in revenue (even as places like Clarksburg have grown 800% in population in recent years). Imagine adding 60573 more taxpayers who will not make any significant contribution to revenue, while requiring education, medical care, food, police and fire service, social services, and more.

Adding 60753 low-income residents beyond those already on their way by 2030, while simultaneously subsidizing developers to generate those units, would be a financial disaster. And it must be noted that MWCOG is not counting or restricting the number of existing affordable units that may be demolished - a phenomenon that has led to a net-loss of affordable housing in Montgomery County over this decade. Just this week, I reviewed plans for a major redevelopment on Battery Lane that will result in a net-loss of affordable units. Will the same County Council that attacks Elrich, and supports the housing targets scheme, block the net-loss Battery development? Of course not.

But take a look at this article.

Reporter Rebecca Tan tells us that the "unprecedented push to address the region's affordable housing crisis has hit its first major snag." That is biased language in favor of the scheme in the very first sentence. She then describes Elrich as "stubborn." This is wild - I've never seen another Democratic executive in the region referred to in pejorative language like that by a Post reporter. He is "a serious roadblock to addressing the housing shortage," and his "position is particularly concerning given that Montgomery, a wealthy suburb of 1 million, has been asked to create more affordable units over the next decade than any other locality."

I recognize Tan is new to covering the County, but her report appears to lack the context of the County's disastrous budget picture and moribund economy. It doesn't matter how "wealthy" a jurisdiction or any enterprise is, if it annually spends more than it takes in.

Tan notes that the County Council, as I reported, voted unanimously to adopt the MWCOG housing targets. What she doesn't note, is that each of them accepted thousands or more in dollars of developer campaign contributions. And that Elrich, by contrast, does not accept developer money.

This is a key point of context - why is it missing from the article?

Tan allows delusional 2022 Elrich challenger Councilmember Hans Riemer to say, "Marc Elrich stands alone," the theme she bashes readers over the head with throughout the piece. She goes on to quote five people critical of Elrich's position - all of whom are funded by development interests - without acknowledging their conflict of interest.

There are many activists, neighborhood leaders, and residents who agree with Marc Elrich whom Tan could have quoted. Contrary to journalistic standards, she did not. She even allowed Riemer to lie about the infamous fake-news claim that Elrich would prefer jobs go to Frederick County, which was pushed by the developer-funded Greater Greater Washington blog last year.

Elrich inherited a moribund county economy, and neither he nor the Council have made any significant moves to change our business climate and regional competitiveness since taking office last December. But Elrich has an impeccable record of standing up for the vulnerable, looking out for the interests of residential neighborhoods, and providing better protections for renters. As Tan's article notes, Elrich is pushing for a "no net loss" housing rule. That is exactly the type of policy that will actually ensure affordable units are available for decades to come. To paint a longtime advocate for the less-fortunate as a "NIMBY," as Tan does, is absurd. She states "some critics" call him that, but failed to produce any for her report.

The fact is, as Elrich has noted in years past, Montgomery already has in the planning pipeline sufficient units to meet the expected population demand by 2030. And the reality is, Montgomery County decides how much our population grows - if we don't build, they can't come. So our fate really is in the hands of our elected officials, not those of fate itself.

Council President Nancy Navarro and others chastise Elrich for "denying" and "pretending" that there isn't a "housing shortage" or "need for affordable housing."

But there is growing evidence that we don't have a housing "crisis." Recently, the County Housing Opportunities Commission moved hundreds of residents out of the Ambassador apartments in Wheaton, and is demolishing the building. They moved them into vacant units in their other buildings across the County. Not far away, the owners of affordable and spacious apartments at Halpine View told attendees at a public meeting that they have many vacant units, with little public demand for them.

Wait a minute...we have a "crisis," but we could give up an entire apartment building, have enough vacant units idling elsewhere in the County to take all of those folks in, and have vacancies at Halpine View? This doesn't sound like a crisis to anyone with common sense.

What is this all really about?

As Tan expertly manages to note in yet another Montgomery County cartel talking point, people like Elrich may be "seek[ing] to shield single-family neighborhoods from bigger or denser development." That is exactly what voters in those neighborhoods elected him to do - protect them from the plans of the Council and their developer sugar daddies to impose urban mixed-use zoning on all established SFH-zoned neighborhoods across the County.

What this is really about is adopting Wild West zoning, and the MWCOG-County Council plan to have you the taxpayer fund developers, who will profit from overbuilding while bankrupting the County and destroying the successful suburban and rural neighborhoods those taxpayers live in. All under the guise of "helping the poor." It's quite obvious who's really being helped by this scheme, and it's not the poor.

We don't even have adequate infrastructure to handle our current population. Until we do, or until developers agree to provide more roads, schools, etc., pulling up the ladders to the extent we can - while protecting the existing housing of current residents of all income levels - is the only responsible way forward in housing policy.

Marc Elrich is right - and he is anything but "alone" on this issue.
Posted by Robert Dyer at 8:00 AM