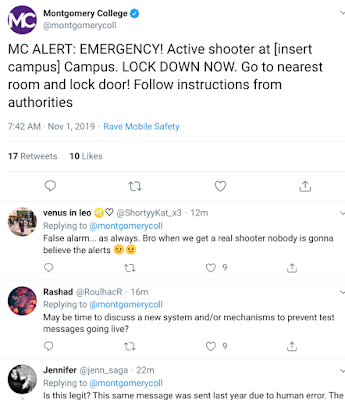 Montgomery College, through an electronic alert system, sent out erroneous tweets and text messages at 7:42 AM this morning falsely stating there was an "active shooter" at one of its campuses. The message included a bracketed phrase stating, "[insert campus]," (Montgomery College has three campuses). About half an hour later, the College deleted the original tweet from its Twitter account, and sent another message indicating the alert was a false alarm and apologized.