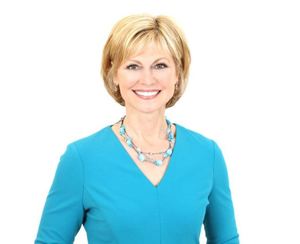 Television news anchor Denise D’Ascenzo grew up in Rockville, but is most prominently known as a news anchor in Cleveland and in the Hartford-New Haven market in Connecticut for the last several decades. D’Ascenzo passed away suddenly last month, from what her station WFSB 3 called "a massive heart attack." She was 61.

Connecticut Governor Ned Lamont (D) declared Thursday to be Denise D'Ascenzo Day in Connecticut, in honor of her longtime work and service there. A public memorial service was held the previous day in Hartford. “For more than thirty years, Denise D’Ascenzo entered millions of homes through her news broadcasts, becoming an extended member of each of our families,” Governor Lamont said in a statement yesterday. “On behalf of the entire state, our hearts remain with Denise’s family, friends, and colleagues at WFSB.”
In Rockville, D'Ascenzo attended Rockville High School (Class of 1976), and was editor-in-chief of her high school newspaper. She also worked for The Sentinel, which ceases publication this week, in a sad coincidence.
Posted by Robert Dyer at 8:53 AM