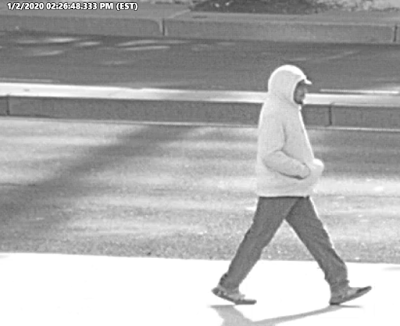 Montgomery County police detectives have released surveillance video from a brazen, daytime armed robbery of a beer and wine store in Derwood. A man with a covered face brandishing a handgun entered Midway Beer and Wine at 16057 Frederick Road around 2:29 PM on January 2, 2020. He allegedly threatened two employees, and demanded cash.
Receiving an undisclosed amount of cash, the suspect fled the store and sped off in a metallic brown Nissan Altima, model year 2016 or later. Detectives say they believe there was a getaway driver waiting in the Altima on Frederick Road.

Anyone with information regarding the suspects or this armed robbery is asked to call the Major Crimes Division at 240-773-5100. Those who wish to remain anonymous may call Crime Solvers of Montgomery County toll-free at 1-866-411-TIPS (8477). Crime Solvers will pay a cash reward of up to $10,000 for information provided to them that leads to an arrest in this case.
Posted by Robert Dyer at 8:00 AM