Hogan express lanes compromise may be a bust for Beltway drivers 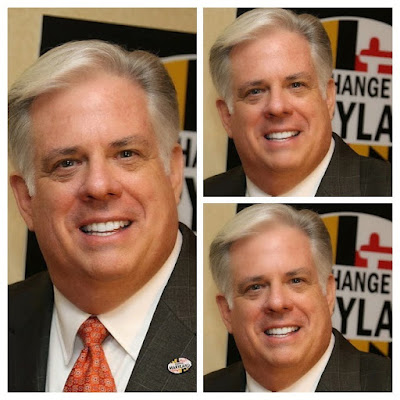 Gov. Larry Hogan's compromise agreement on his Express Lanes proposal, which earned a needed second vote from Maryland Comptroller Peter Franchot to move the project forward, may still provide traffic relief along I-270. But it could wind up being a bust for drivers on the Capital Beltway.

The compromise essentially puts the Express Lanes plan back to where it was hung up a few months ago. Hogan had agreed to postpone the Express Lanes on the Beltway, and focus on I-270 first. There would be no improvement for Beltway drivers under that scenario.

Then Virginia Gov. Ralph Northam stepped forward with a proposal to assist in expansion of the over-capacity American Legion Bridge in exchange for allowing Virginia's Express Lanes to cross the bridge and run into Maryland. Recognizing that this would only work if the Beltway Express Lanes continued around the interstate, and the reality that the project was more feasible if companies could bid on Beltway Express Lanes that went at least to I-95, Hogan then revived the Beltway portion of the project.

Franchot, under pressure from his constituents and preparing to launch a gubernatorial campaign, immediately withdrew his support again. Hogan then capitulated on the Beltway portion beyond the I-270 spur to regain Franchot's vote. But that compromise is a Beltway backfire, and Hogan appeared to realize he will be long out of office by the time that is apparent.

The reality is, unless voters "get dangerous" as former Gov. Bob Ehrlich exhorted them to years ago, there may not be a single vote for Express Lanes on the Beltway on the Board of Public Works. There very well could be a Democratic governor, a Democratic comptroller, and there certainly will be a Democratic treasurer.

So, Beltway Express Lanes past the I-270 interchange are almost certainly dead.

But the compromise plan will likely make traffic on the Beltway even worse, not better.

First, Northam ingeniously made his problem our problem. Extending Express Lanes over the bridge means that he moves the current choke point where drivers enter and exit those lanes onto the Maryland side of the river. His problem is now solved, and we got played like a violin.

Second, Beltway Express Lanes will now terminate in the vicinity of the existing logjam between River Road and I-270 on the Beltway. This jam is caused not only by lack of capacity, but also by the drivers trying to change lanes to either access I-270 or to continue east on the Beltway. There's also a third factor, which is drivers entering from River Road who then need to merge into the far left lanes to access I-270.

So now you will have cars that want to stay on the Beltway pouring out of the Express Lanes exit in that area - and with the lanes in the center, they will have to merge across several lanes to do so.

Apparently no one bothered to study the reality of the situation on the ground there before making this decision. And the local media was too busy filing some of the most embarrassingly-biased praise reports about the Maryland General Assembly ever published to notice what a just-plain-dumb Express Lanes package was put through by the Board of Public Works.

Northam won. Upcounty drivers may benefit if the lanes really go to Frederick - and especially if they are continuing to Virginia southbound - and that's a very good thing. But Beltway drivers are likely to find this Express Lanes compromise a bust. And we still need a new Potomac River crossing.

There will be no real traffic relief until voters start playing hardball at the ballot box, and elect new leaders who will play hardball in Rockville and Annapolis.
Posted by Robert Dyer at 8:00 AM