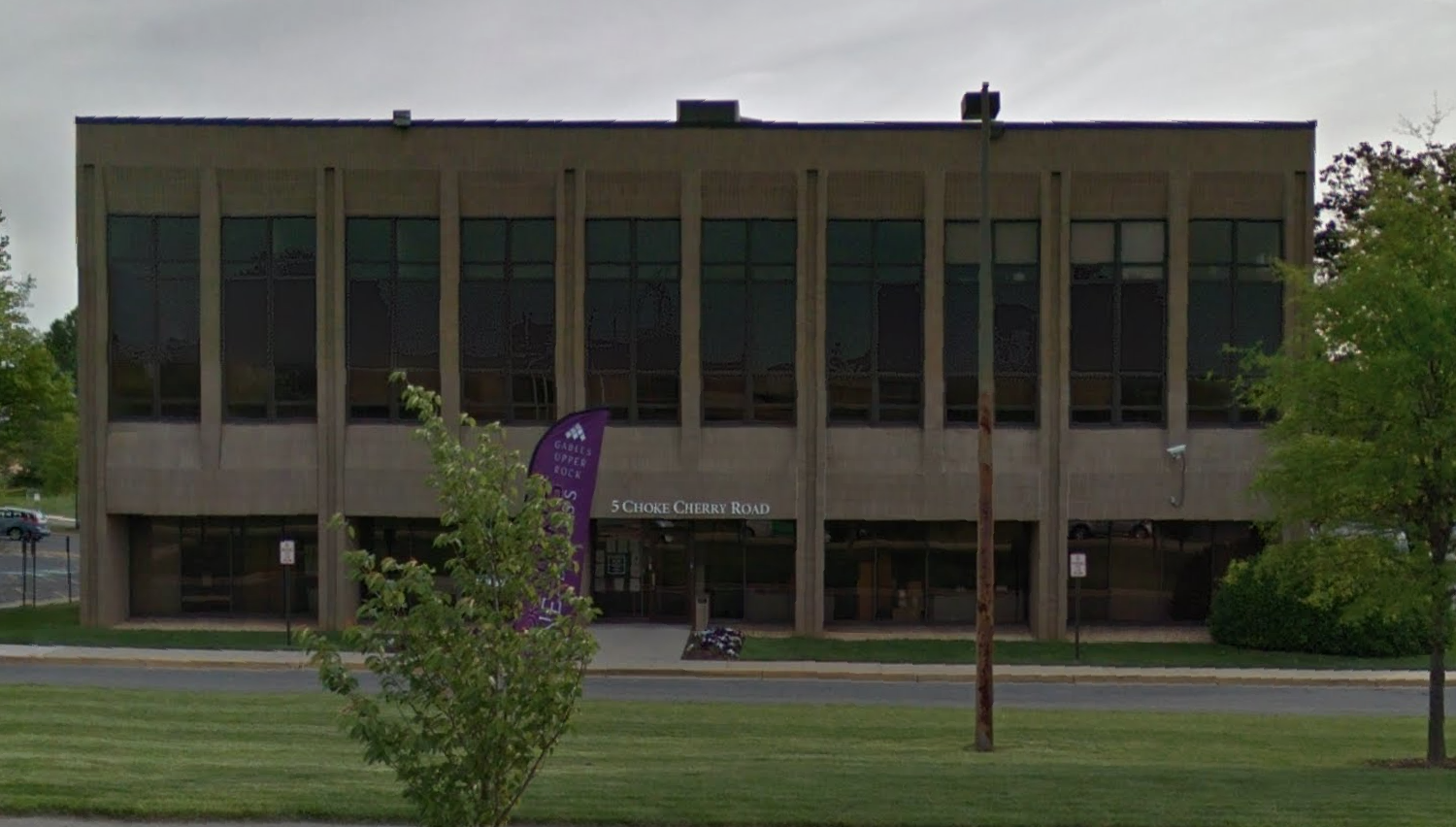 The demolition reprieve the Sullivan and Associates-designed building at 5 Choke Cherry Road received from Rockville's Historic District Commission was short-lived. Last night, the commissioners voted unanimously that the structure did not merit historic designation by the city. Jack Sullivan has been recognized as one of the most significant architects in the history of Rockville.

Commissioner Jessica Reynolds urged the city to begin considering which of Sullivan's buildings in Rockville should receive such designation, to be preserved from demolition in the future. Moloney said he concurred.

The vote removes one of the last hurdles for developer JBG's planned Upper Rock retail project to proceed.
Posted by Robert Dyer at 10:00 AM