Montgomery County Police report that the state medical examiner has ruled the deaths of Richard and Julianne Vilardo of Rockville as "homicides that were caused by sharp force injuries."

Detectives are also investigating new information that Richard and Julianne Vilardo were in the Charles Town, West Virginia area on Saturday evening, May 9. The couple had dinner with friends there, police say. The Vilardos came home that evening, and were found dead by family members the next day at their home on Ridge Drive.

With the ruling of the medical examiner, the possibility that a murderer is at large is now confirmed. Whether that person or persons lives in the area, or remains in the area is a major question - as is the motive in the homicides - in relation to whether this indicates an ongoing danger to the community, or an isolated incident.

Anyone with information regarding the deaths of Richard and Julianne Vilardo is asked to contact Montgomery County Police at 301.279.8000. For those who wish to remain anonymous and be eligible for up to a $10,000 reward, please call Crime Solvers of Montgomery County toll-free at 1-866-411-TIPS (8477). 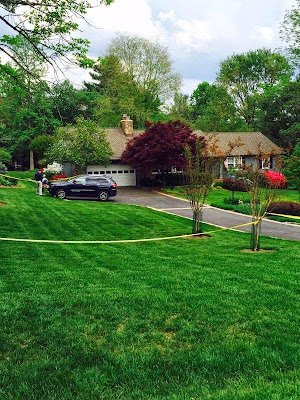