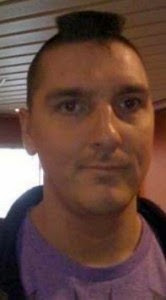 Montgomery County Police homicide detectives have reportedly found their man in the horrifying double murder of a Rockville couple. Police say it was the next-door neighbor of Richard and Julianne Vilardo who killed the couple over the Mother's Day weekend last week.

Detectives caught up to Scott Tomaszewski on a cruise ship in Juneau, Alaska on Saturday afternoon eastern time. They say they found evidence, including blood, allegedly tying Tomaszewski to the murders. Tomaszewski is also suspected of having robbed the Vilardos in the past, as well as in burglaries on the street all three call home, Ridge Drive, just last month.

In fact, police report that the Vilardos entrusted Tomaszweski as a house sitter, giving their longtime next-door neighbor access to their home while they traveled.

The Vilardo family has released a statement thanking Montgomery County Police, saying their efforts  have helped them "take the first step on the long road to healing."