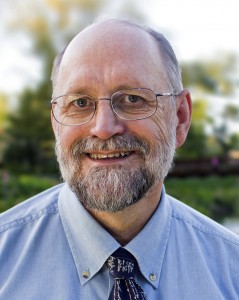 Former Rockville City Councilman Mark Pierzchala wants his old seat back. Pierzchala announced his candidacy Thursday evening in a message to friends and supporters. He will be holding a campaign kickoff event Monday night, August 24.

In his announcement, Pierzchala cited his "financial and budgetary expertise", promotion of economic development, and fiscal conservatism on the council "during the Great Recession." The former councilman has expertise in survey methodology and statistics, and runs a Rockville-based consulting firm specializing in those areas.

Pierzchala was a member of the Team Rockville slate as a mayoral candidate in 2013. Outgoing councilmember Tom Moore was a member of that slate, as well. Moore recently hinted that he would be backing candidates in the November 3 election, and would reveal his plans to that end in the near future.

However, Team Rockville did not always vote as a bloc. The most constant two Team Rockville votes on the council have come from Moore and Councilmember Julie Palakovich Carr. Councilmember (and former Team Rockville member) Beryl Feinberg more often voted with Mayor Bridget Donnell Newton on controversial issues that drove angry citizens to testify at City Hall, such as the weakening of the standards on school overcrowding, proximity of self-storage facilities to schools, and backyard chickens. Feinberg is not running as part of a slate in this election.

Councilmember Virginia Onley also voted independently from her Team Rockville colleagues many times, often seeking to find a middle ground between disparate positions. In fact, Onley, Feinberg and Newton were more often than not a strong, 3-vote bloc as the current council term unfolded. But Onley cast the decisive vote to weaken school capacity standards, reversing her position a few months earlier to join Moore and Palakovich Carr.

One of the more interesting things we'll find out this fall in Rockville, is whether the APFS school standards votes will have any impact on the election results.

Pierzchala has not yet announced if he will run as part of any slate in this election, but promises to offer more details on his campaign Monday night.

Photo via Team Rockville website
Posted by Robert Dyer at 8:00 AM