Ourisman Rockmont Chevrolet is indeed moving down Rockville Pike to Wintergreen Plaza. An employee of the dealership confirmed the plans, and said the move will likely occur after Labor Day 2016 - which sounds like a long time in the future, given that this isn't an apartment tower that's being built.

The new dealership, currently under construction, will also offer Chevrolet service. Based on the renderings of the future dealership, it will feature the latest Chevrolet facade design, which you may have seen elsewhere in the region. What it won't have, is the huge storage lot the existing Rockmont site has, meaning a lot of that Chevrolet inventory will have to be moved somewhere else. 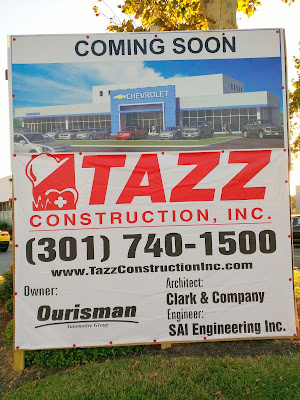 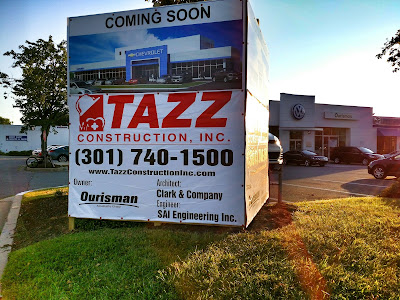 The larger question, however, is the development potential of the current Ourisman Chevrolet site at MD 355 and Gude Drive. It is one of the largest auto dealerships on this side of the county, making the site a sure target for redevelopment.
Posted by Robert Dyer at 8:00 AM