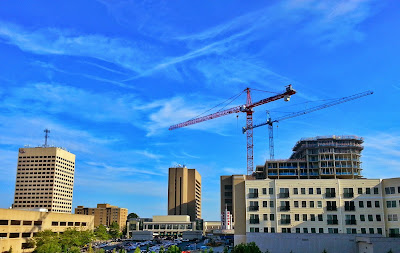 Having a formal slate of candidates is one Rockville electoral tradition that doesn't seem threatened with extinction anytime soon. Just when it seemed that 2013's Team Rockville slate was history, the 2015 contest is threatening to get interesting again.

Thursday's announcement by former Rockville City Councilman Mark Pierzchala that he is seeking a return to his old seat was followed Friday by a cryptic Facebook post from a former Team Rockville teammate. Incumbent councilmember Virginia Onley hinted at a big announcement she plans to make "about the upcoming Mayor and Council elections" Monday evening.

The interesting part? Her announcement will be at the same time and place as Pierzchala's previously-scheduled campaign kickoff event.
Posted by Robert Dyer at 8:00 AM