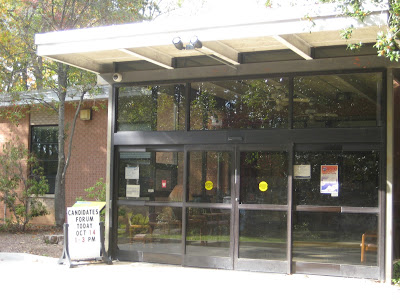 Incumbents listed their accomplishments on behalf of seniors, and all candidates discussed what they would do to address the concerns of a demographic that now makes up a quarter of all residents in the city.
Current mayor Bridget Donnell Newton said the city needs to help seniors "not just to age in place, but to live in place." She said she had advocated for funding for the Senior Center's fitness center, bus route and hiring of new staff. Challenger Sima Osdoby assured voters senior services would be a priority, because "I'm one myself, and I want to stay here. That's one of the reasons I'm running."
Asked what the issue of primary interest to residents over 60 is, Osdoby said it was "making sure we retain the outstanding city services the city is known for, without raising taxes to do it." Newton answered, "affordability." She said she was the biggest opponent of the Cost Allocation Program, that overburdens those on fixed incomes with higher fees on trash collection, and water and sewer services. "Some of our increases are unsustainable," Newton said, arguing those services should be funded from the general fund.

The moderator asked both mayoral candidates what they would do to encourage seniors to stay in Rockville. Newton said she would expand opportunities at the Senior Center, such as adding a coffee shop. She said senior education, cultural, and fitness programs should be expanded. Osdoby said the city needs to remember not all seniors are alike. Some are very active and remain employed, she said. To that end, she said the city needs a variety of housing types to serve a variety of seniors.

What part can the Senior Center play in reaching an increasingly diverse city population, candidates were asked. Osdoby replied that newcomers from some countries may be wary of authority figures from the government, or police. The city needs to make sure those residents "know they are being helped." Newton said the Senior Center Study is critical in reaching seniors. It would include interviews with over 40 stakeholders who serve seniors with non-profits and other organizations, and focus groups. The study would identify areas of overlap in services, and also the gaps, she said.

Osdoby promised to adapt the city to "the new needs for seniors, for kids, and for the millennials," by "thoughtfully re-energizing [Rockville] Pike." Newton said she would advocate for a Circulator bus or trolley, and policies that give seniors "the choice to stay where friends are, where the streets are safe," and where there is easy access to public transportation.
In a second forum, City Council candidates Beryl Feinberg, Richard Gottfried, Julie Palakovich Carr, Clark Reed, Patrick Schoof, David Hill, Virginia Onley and Mark Pierzchala discussed many of the same issues.
Gottfried vowed to help seniors age in place, promising he would vote to limit tax assessments on houses of those 65 and older to 1 or 2%. Knocking on hundreds of doors recently, Gottfried recalled, the "number one complaint from seniors is that [they] cannot afford to live in Rockville anymore."

Pierzchala touted his accomplishments for seniors during his prior service on the Council. "I was the one who got things done," he said. "I funded your fitness center." He also said he helped secure conduit bonds for improvements that helped seniors at the National Lutheran Home. In 2013, he said, he supported expansion of the homeowners tax credit.

Palakovich Carr said a water conservation program she spearheaded is saving fixed-income residents $100 or more a year in savings on water bills. She proposed charging residents for the amount of trash they generate to encourage a reduction in trash versus recycling.

Reed said he would "prepare the city for a future that is quite different from the present."

One reason Onley voted to weaken the city's Adequate Public Facilites Standards on school overcrowding, she said, was to encourage development of affordable housing so "seniors like you and me can afford to live in Rockville. We should be able to stay here throughout our golden years." Onley said she was the first non-senior to ever serve on the Rockville Senior Citizen Commission. With her professional background at IBM, she said, she was an effective advocate for adding a computer lab to the senior center even as many predicted "seniors and computers would never fly."

Hill cited his vast experience on the Rockville Planning Commission, where he has been hands-on in approving and shaping multiple developments that served seniors and the disabled, including the Victory Housing project.

Mullican said her parents had to move out of Rockville due to the cost of living there, saying that personal experience would motivate her policies to help other seniors age in place. "I know what it's like to have income that has not increased," while fees and taxes have, she said.

Schoof said he has worked on programs as a consultant that helped seniors here and abroad. He said Rockville needs to address a senior population that has increased 24.7%, and will double by 2060.

On the question of whether seniors should get a discount on city taxes and fees, Onley answered, "Well, being a senior, I definitely want a discount," to chuckles from the crowd. But realistically, she said, the city should at least try to minimize or avoid increasing those taxes and fees.

Feinberg said, "age is not the issue." Means-testing is the more sensible way of determining who should get a discount. 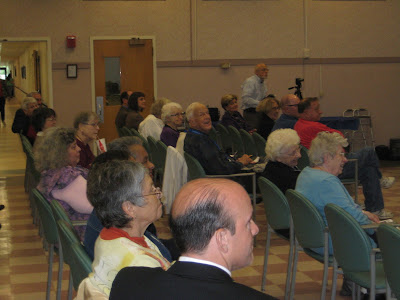 Gottfried said he wants to increase the amount Parks and Recreation spends on senior programs. He noted that spending for seniors is currently only 8% of that budget, while seniors make up a much larger portion of the population than that. He also proposed giving out more taxi subsidy tickets, and creating a list of volunteer drivers to help seniors run errands and reach medical appointments.

Pierzchala noted that only a fraction of Rockville's seniors are members of the Senior Center. He suggested having satellite programs that would be closer to more seniors across the city.

Reed and Palakovich Carr said seniors could more easily renovate and retrofit their homes for aging in place if the city permitting process was streamlined. They both said their own home improvements made them realize the current permitting system is "onerous." Putting the system online would also help, they said. 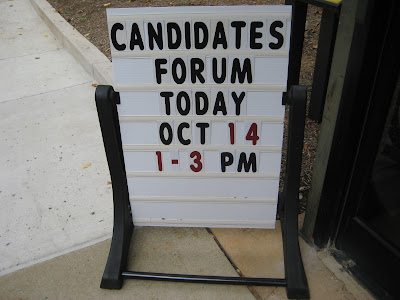 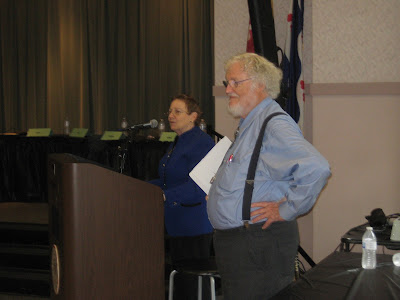 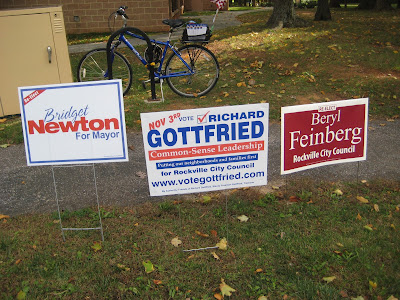 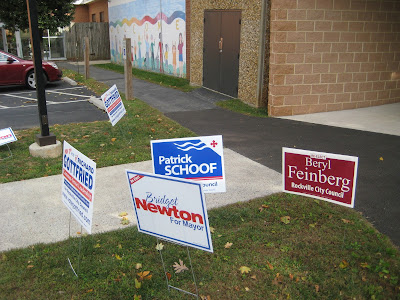