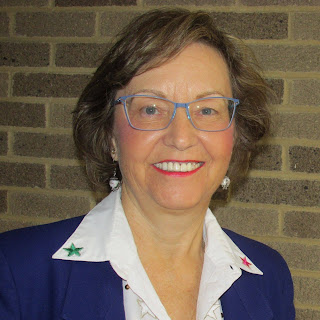 Rockville City Council candidate Brigitta Mullican raised the most in campaign contributions of any candidate on the 2015 ballot, according to the Initial Pre-Election campaign finance reports filed October 1 with the city Board of Elections. Mayoral challenger Sima Osdoby edged ahead of incumbent Mayor Bridget Donnell Newton, largely thanks to a $1000 check from Town of Somerset Mayor Jeffrey Z. Slavin.

Mullican's report appears to have the longest list of individual contributors, who donated a total of $8069, more than either mayoral candidate raised. She spent $3896.44, and had $2741.15 left over.

Pierzchala, Onley, Palakovich Carr, Reed and Osdoby are on the Team Rockville slate. Newton, Feinberg, Gottfried, Hill, and Schoof are running as independents.

It's important to remember money isn't everything in elections, as Josh Rales or Steve Silverman can tell you.

Photo via Brigitta Mullican for Rockville City Council Facebook page
Posted by Robert Dyer at 8:00 AM