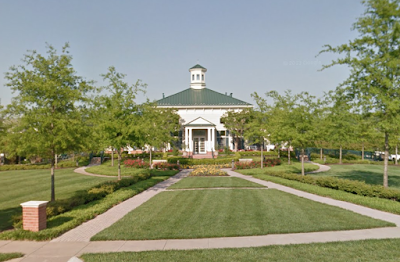 With less than a week until Election Day, Rockville mayoral and city council candidates made their closing arguments at a debate in King Farm last night. Sponsored by the King Farm Citizens Assembly, the debate was held at the King Farm Community Center. While early voting numbers over the weekend were hardly inspiring, this was yet another packed house for a candidate forum. That suggests a high level of interest by engaged voters picking those who will serve the first 4-year terms in Rockville's history.

Given the closing window to change voters' minds, one would expect attacks to increase, and they did. But in an unusual twist, even the moderator of the debate - Rockville Planning Commission chair Don Hadley - found himself under fire.

The table was set earlier Tuesday by former Chevy Chase Mayor David Lublin, writing on his politics blog, The Seventh State. Lublin questioned Hadley as the choice for moderator, because Hadley had a brief past business relationship with the husband of Mayor Bridget Donnell Newton. Mayoral challenger Sima Osdoby picked up this line of attack, charging that Hadley had several conflicts of interest in moderating the debate. Voters in the audience appeared taken aback by Osdoby's attack. Hadley made clear at the outset of the debate that the questions to be asked during the evening came directly from King Farm residents, not him, and that he received them shortly before the debate.

Osdoby ran out of time in her opening statement, and after informing her of this, Hadley joked, "Maybe I should be relieved."

The story isn't quite as sensational as it sounds, however.

Newton's husband, Fred Newton, is being portrayed by her opponents as though he is the development equivalent of Federal Realty, EYA or JBG. In reality, the project Fred Newton and Don Hadley were involved with (408 Great Falls Road) was a couple of small residential lots being joined, and a single-family home being built on the resulting site. Not exactly Downtown Crown or Pike & Rose.

It's hard to characterize a single homebuilding project as "an example of the powerful role development interests can end up playing." The article itself notes that Bridget Newton clearly recused herself from the Council vote related to the property in question.

For her part, Newton seemed determined to stay above the fray. In her closing statement, she recalled former mayor Phyllis Marcuccio - a supporter - chastising her for being "too nice, not tough enough in these debates, or responding to postings on social media" by her political opponents. Newton said she preferred to let her record speak for itself, rather than engage in the political sniping.

The Team Rockville slate, which includes Osdoby, has been under fire by some opponents for its alleged ties to developer interests, so it's understandable their supporters would seek to "flip the script." With Newton having a record of opposing unrestrained development, and of supporting Rockville's tougher pre-June 2015 school capacity standards (that kept parts of the City under a development moratorium), the accusations simply don't ring true.

Another Team Rockville candidate, Councilmember Virginia Onley, has been repeatedly singled out by challenger Richard Gottfried, who has charged that 50% of Onley's campaign funds have come from development interests. Onley again denied the accusation in her opening statement last night, inviting anyone to review her October 26 campaign finance filing. "There are no developer contributions," Onley said. "I do not take developer contributions, or contributions from anyone who does business with the City," she added. She challenged Gottfried to provide evidence of any such contributions by the end of the debate. "I am demanding tonight to know where Rich got his information from," Onley said. Gottfried did not address the topic during the forum.

Incumbent Councilmember Julie Palakovich Carr said the demise of the Gazette newspaper means "there isn't anyone to check the facts" when charges are made during the election season (of course, readers of this blog might disagree). Council candidate Brigitta Mullican attempted to separate herself from the squabbling, emphasizing that she has run a "positive, issue-oriented campaign" without engaging in attack politics. Fellow challenger Clark Reed warned that those engaging in "smears and lies" would likely continue those tactics if they are elected.

Fortunately, issues were discussed as well, and ones of interest to King Farm residents in particular.

The Corridor Cities Transitway remains not only unbuilt, but controversial in its Master Plan route through King Farm to the Shady Grove Metro station. Newton said she believes the CCT should travel along Shady Grove Road to the Metro stop, which would also help redevelop older properties along that street. "Dividing your community in half is not the way we should be doing things in Rockville," she said. Osdoby said that, while King Farm residents' complaints are "legitimate," the route is "in the plan," and all parties should sit down and try to iron out an acceptable compromise.

Council candidate Patrick Schoof, a former resident of King Farm, said he has spoken with many residents of that community about the CCT. Most of them "don't want this to be one more thing that comes through King Farm," Schoof said.

Speaking of things that come through King Farm, traffic on Redland Boulevard remains a bone of contention for King Farm residents. Council candidate David Hill noted that Redland is a "County access road." He suggested the City's best approach would be not to obstruct traffic, but to slow it down with traffic calming measures such as "lamb chops." Gottfried said he would push to install signs forbidding truck traffic, forcing it to use Shady Grove Road instead.

Osdoby noted that some trucks may have legitimate business within King Farm, such as making deliveries. She said the City should discuss options for restricting pass-through truck traffic, and consider how best to implement them. Newton said she served on a committee in 1991 to address similar issues in the West End community, which produced a plan that the City failed to implement. She suggested trucks be routed to the roads that make up a circumferential highway around the City, rather than traveling through neighborhoods.

The future of the King Farm farmstead buildings was another topic close to home. Mullican said, "I was hoping that it would have been done already." She suggested four-year terms will allow the next Mayor and Council to develop a long-term solution for the site. Council incumbent Beryl Feinberg said that solution might involve a Public-Private Partnership, to create a potential public gathering place for concerts and other events.

Osdoby also suggested exploring partnerships on the farmstead. She said her experience in historic preservation with Peerless Rockville would make this "a real priority for me." Newton advocated for a "farm-to-table partnership," that would provide space for farmers markets and a museum consortium. She said division on the current Council has stymied efforts to move forward.

The topic of slates was a contentious one. Hadley asked candidates to respond to concerns that slates come with an agenda for special interests, and create voting blocs.

Gottfried noted that it was the Team Rockville 2013 slate (minus former member Feinberg) who voted 3-2 to weaken the city's school capacity standards. Feinberg said she "discovered that really there was a lot going on behind the scenes [on Team Rockville] that I didn't want," leading her to become an independent candidate for this election. She promised to continue to make "independent decisions," earning the only other audience feedback of the night, a round of applause.

Team Rockville Council candidate Mark Pierzchala stressed that the 3 members of Team Rockville from 2013 often disagreed on a variety of topics, disproving the idea that slates are blocs. Palakovich Carr, also on the TR slate, concurred. She said that, examining the voting record of the current Council, you would be hard-pressed to tell who was on Team Rockville 2013.

Hill said he is concerned that slates are "a proxy for partisanship," and can be "unhealthy in a deliberative situation." Fellow independent candidate Schoof agreed, saying slates are "divisive." He countered the suggestion that Team Rockville's votes were independent, saying "it's not hard to see" who was on the slate. Perhaps referring to the school standards vote indirectly, where 90 residents and four civic associations testified against the change that was voted for 3-2 by Team Rockville (as Gottfried noted earlier), Schoof concluded that "If we're not honoring your wishes, we're not doing our job."

Reed said he wouldn't be able to run without the support of the Team Rockville slate, and pointed out that slates have a 40 year history in Rockville. Onley said she, too, would be hard-pressed to fund a citywide campaign on her own. Hers is a "grassroots campaign" run on "minimal funds," Onley said. She promised she would "always vote independently," saying that's how she's earned her recognition as the "swing vote" on the Council.

That teed up the topic for Mullican, who said "I don't like a swing vote when you don't know which way it's going to swing." She disputed that one couldn't run without a slate in Rockville. "I'm doing it," she declared. Mullican was the top fundraiser of all candidates in the first reporting cycle.
Posted by Robert Dyer at 8:00 AM