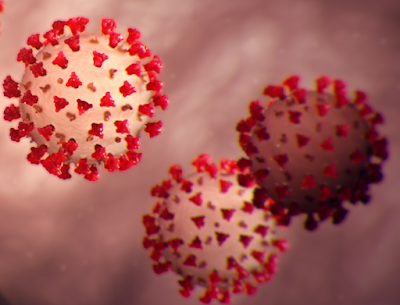 Most Montgomery County residents who live through the coronavirus pandemic will likely never forget the dramatic announcement of the jurisdiction's Patient Zero, Patient One and Patient Two - three travelers who brought the Covid-19 virus back to the county with them. The news meant the dreaded and deadly virus was now officially here. State and County officials said they would not reveal those patients' identities, and no one actually wanted or expected them to. But the public did want to know where those three people had gone while contagious, the general vicinity of MoCo in which they were located, and who had been exposed. Officials assured us that extensive interviews would take place to map out this information.

They never released it.

It's too late now. The three patients, thankfully, recovered. But aside from a single event at a Rockville retirement community, Montgomery County residents were never told which stores, restaurants, gyms, or other business and public facilities these people went to while contagious.

Whomever they exposed to the virus - and it's not credible to claim they contacted no human beings since returning from their travels - has either contracted it or fought it off, recovered or died. So it would be pointless to demand this information at this late date.

But the policy of "Do ask, don't tell" continues. Out of 388 known cases of coronavirus in Montgomery County, only a handful of exposure points have been made public, with the County liquor store on Hampden Lane in Bethesda being the only memorable one recently. The County has primarily announced when its own employees have tested positive, but it has not made public the public places those few dozen people went while contagious.

Is contact tracing being performed? If so, where are the results being recorded, and why have they not been released in a timely fashion while still relevant for each case? The local media hasn't pressed for these answers. While some countries have made the controversial move to track all citizens via their cell phones to provide the most-thorough contract tracing possible, and then alerted those exposed, here we are getting no answers from the honor-system interviews we were assured would take place when the first cases were confirmed on March 5(!!).

The failure to contact trace, or to make the results public (without identifying the patients, of course), has put all of us at risk. Along with the federal government's farcically-weak travel restrictions (a cruise ship loaded with infected Americans was allowed to dock, and the passengers disperse nationwide on commercial flights, only about 10 days ago - even after all federal officials knew at that point), the lack of information prevented potentially contaminated facilities from being cleaned according to coronavirus protocols, and those exposed from self-quarantining away from vulnerable family and community members.

Along with the deliberate failure at the federal, state and county levels to ensure sufficient hospital beds, masks, PPE, ventilators and other supplies would be available for a pandemic everyone has known was coming since SARS in 2002, a policy of "You can ask, but we won't tell you" has made the coronavirus outbreak even more dangerous for Montgomery County residents than it had to be.

Image courtesy CDC
Posted by Robert Dyer at 8:00 AM