Montgomery County Planning Board seat open for a non-Democrat 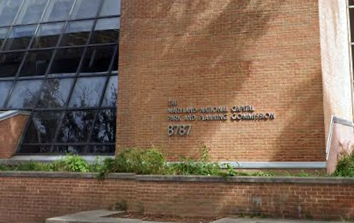 The current term of Montgomery County Planning Board commissioner Gerard Cichy will end on June 14, and the Montgomery County Council is now accepting applications for the seat. Under the current rules, the board cannot have more than three members from one political party. Since there are currently three Democrats on the board, applicants for Cichy's seat cannot be a Democrat.

This does not mean you have to be a Republican to apply. Applicants could be Republicans or unaffiliated voters, but they can also be a member of another party such as the Green Party or Libertarian Party.

It would be nice to have a member who represents the interests of residents, rather than the Montgomery County cartel! If you are such a person, here is how to apply:

Letters of application and resumes are made public as part of the appointment process, and are available for public review. The interviews are conducted in public and will be televised.

Letters with resumes must be received no later than 5 p.m. on Friday, April 17. It is the Council’s policy not to consider applications received after the deadline. After the closing date, Councilmembers will review the letters of application and select applicants for interviews to be held soon thereafter.
Posted by Robert Dyer at 9:12 AM