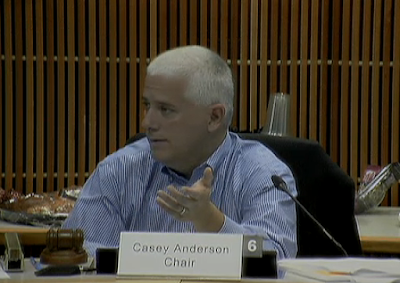 This Thursday, Montgomery County will raise your taxes to the highest level ever. And next week, they will discuss the biggest developer tax cut ever.

On Thursday, the Montgomery County Council is expected to unanimously approve an FY-2017 budget that raises your taxes to a record, all-time high. It will include a property tax hike so massive, it required a unanimous vote by the Council last week to exceed the County's charter limit on property taxes. And it will hike the recordation tax you will pay when selling your home, or even just refinancing your mortgage. Notably, the budget shifts the cost of school construction from developers to taxpayers.

But the Council isn't done helping developers, who account for over 80% of councilmembers' campaign contributions, yet.

That is not a misprint.

Just as the County has rejiggered its traffic congestion measurements to reduce taxes for developers, now the County political cartel is proposing to do the same for school capacity and construction costs.

Three key school funding equations would be changed under the planning staff's recommendations, and would result in developer tax cuts up to 59.4%!

Here's how the scam will work:
First, much like the "new math" planners now legally use to make failing intersections and overburdened roads appear to pass traffic tests, planners are proposing to change the equation for student generation rates. The "new math" will base the forecast only on housing built in the last ten years, which will - surprise! - slash the student generation rate significantly (anybody remember a little thing called "The Great Recession"?). Just a quick glance at the "before and after" colored bars in the graph above shows you just how drastic the change will be (green represents the number of students forecast under the proposed new math).
The new, lower student generation rate will be combined with a biennial recalculation of school construction costs, to - surprise again! - massively slash school facility payments for developers. For example, the elementary school payment for a mid-rise apartment unit is currently $2,838. Under the new tax cut, that ES payment would drop to $1,495. How about a high-rise payment for the high school level in Bethesda, Silver Spring or Rockville? It will absolutely plunge from $804 to $394.

Sounds like a sweet deal, right? "But, wait - there's more!"
Impact taxes developers pay will also be lowered under the new biennial formula. As the planning staff acknowledge in their report, under the new formula, "all School Impact Taxes will decrease." The mid-rise apartment building school impact tax per unit would drop from $12,765 to an astoundingly cheap $4,659.

In an additional proposed change, the current .9 multiplier in the school impact tax would be removed. This would preserve the type of massive tax cuts proposed for all but single-family homes. Which would also further discourage developers from building single-family homes, which cannot be built in the same density as townhomes and apartment buildings, and therefore generate fewer students on a lot of the same size than multi-family housing.

Think back to recent development fights in places like Westbard, downtown Bethesda, Rock Spring, White Oak and Lyttonsville, as well as the Adequate Public Facilities battle royale in the City of Rockville. At the outset of many of those discussions, the County Council and Planning Board Chair Casey Anderson told us they were going to "start a conversation" about how they could allow the massive development their developer supporters wanted, and somehow provide the infrastructure that would be required to support it.

Would you have imagined at that time that the plan was actually a ruse to open up the formulas and instead give those same developers a massive tax cut?

Well, if you read my blog back then, you might have known something was up.

It's unlikely anyone has any doubts about how arrogant and patronizing the County Council and Planning Board are at this point. You can be sure there's much "mansplaining" ahead from both, as they try to educate us to understand schemes and treachery - er, sorry, "Subdivision Staging Policy" - so complex it is simply beyond the small mind of you, the citizen.

Are you ready for term limits yet?

The Planning Board is expected to hold a public hearing on the proposals, and the rest of the SSP, on June 2, 2016.

So, to summarize, this Thursday, Montgomery County will raise your taxes to the highest level ever. And next week, they will discuss the biggest developer tax cut ever. You can't make this stuff up, folks! This is what happens when you have a political cartel where government policy is for sale to the highest bidder. And more than 80% of the money is coming from developers.

Res ipsa loquitur.
Posted by Robert Dyer at 8:30 AM