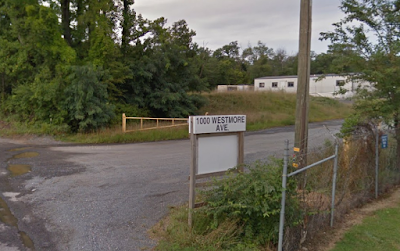 The second front of the battle to stop a Montgomery County Public School bus depot from being located in Rockville is taking shape in the Lincoln Park area of East Rockville. MCPS has proposed a second bus depot for the former WINX radio property at 1000 Westmore Avenue. Citizens have created an online presence to oppose the plan, similar to the Carver Coalition effort against a depot at that site.

Calling themselves the East Side Coalition, they now have a blog and their first post - blasting the idea of using Lincoln Park and East Rockville as a dumping ground for something no one wants. Mayor Bridget Donnell Newton and the City Council unanimously agreed Monday to write a letter opposing the Westmore initiative. Like the Carver plan, the Westmore site is adjacent to homes, and would degrade a historic district.

A Montgomery County Council worksession on the controversy over the plan to abandon the existing Shady Grove bus depot, and allow a developer to turn it into residential property, is now scheduled for June 21.

All nine County Council members voted to approve design and construction of the Carver depot on February 9, but are now backpedaling furiously in the face of strong and organized community opposition. On Monday, County Council President Nancy Floreen astonishingly blamed residents for the Council's own failure to find an alternative site.
Posted by Robert Dyer at 5:30 AM