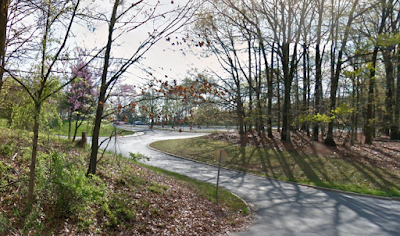 Rockville City Councilman Mark Pierzchala said last night that Montgomery County is not being forthcoming about the controversial relocation of its Shady Grove bus depot, and that he wants to act now to find alternative sites. Currently, the County is now considering the Carver Educational Center at Mannakee Street and MD 355, which has touched off fierce opposition from nearby residents concerned about noise, traffic, and emissions from idling buses. Carver has also been designated as a historic district.

Pierzchala specifically requested information from City staff on why the Avery Road site once considered for the depot was eventually dropped by the County. "That's one that I have understood to be a viable site," Pierzchala said of the Avery Road property, currently home to an alternative education program at the Blair Ewing Center and a City-owned park.

Councilmember Julie Palakovich Carr said the strong opposition to the Avery Road option by Aspen Hill residents was likely the reason the County turned its search elsewhere. Pierzchala said he would like to know if it was dropped simply because "one part of the County is exerting more pressure than this part of the County," or because it is not viable. "If it's viable, then we can follow up," he added.

County officials have not given City elected officials the level of detail and responsiveness needed under the circumstances, Pierzchala said. His email requests for information on Avery Road, the Gude Drive landfill and other potential sites have been met with "terse" responses from the County, he said.

Citing the urgency of the situation, Pierzchala said, "We're really under the gun" to find alternative sites that can be presented to the County.

Mayor Bridget Donnell Newton concurred that Gude Drive should be considered, and argued that if the County is going to spend millions on turning Carver into a bus depot, it should attempt to find a permanent depot site in a more appropriate location. Pierzchala and other elected officials have expressed concern that the supposedly-temporary Carver site will actually be a permanent site.

The Mayor and Council instructed Acting City Manager Craig Simoneau to put the bus depot issue on the May 23 meeting agenda. Pierzchala said Avery Road should be on the top of the list for discussion. Other potential sites will be discussed, as well, and officials from Montgomery County Public Schools, Montgomery County's Department of General Services, and Park and Planning will be invited to answer questions at that meeting. The Montgomery County Council is ultimately responsible for making the final decision, and for the communities being in this mess in the first place.

Another East Rockville site is rumored to be in play for the depot, and Newton warned that the City should avoid pitting neighborhood against neighborhood. With no location that won't impact some neighborhood in some way, Rockville could instead end up pitted against Aspen Hill with this hot potato nobody wants. Putting the depot at Avery Road triggers the domino effect of relocating the Ewing programs to the vacant English Manor school in Aspen Hill, which was the highly-controversial proposal that galvanized Aspen Hill residents to organize their ultimately-successful coalition.

Rockville residents now have formed a Carver Coalition, and MCPS is hosting a meeting on the Carver proposal tomorrow night, Wednesday, May 11 at 7:30 PM in the all-purpose room at College Gardens Elementary School, at 1700 Yale Place in Rockville.

Be there - or get a bus depot dropped on your neighborhood!
Posted by Robert Dyer at 8:30 AM