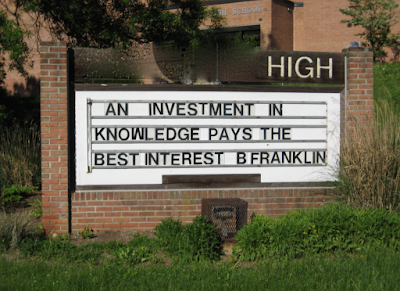 The sound you hear is $90,000,000 in taxpayer money going down the toilet. That's the $90 million the Montgomery County Council extracted out of you to give above the required funding for Montgomery County Public Schools in their wallet-busting, record tax increase FY-2017 budget two months ago. Where is it going? If you don't have blood pressure medication handy, you may want to stop reading now.

Incoming MCPS Superintendent Jack Smith announced his strategy last night to address the achievement gap between white students and black and Latino students. That gap has increased since 2010, despite record amounts of your money being supplied to MCPS by the Council.

So, we had the 9% property tax hike, and taxes are now at the highest total level in Montgomery County history. What is MCPS going to do with it on the achievement gap? What's the innovative new strategy? We know what we're doing now doesn't work. After several months to strategize, here's what MCPS has outlined for spending your $90 million:

According to the Washington Post, Smith "stopped short of providing a detailed plan for the coming year, and school officials said more specifics would come soon."

Wait a minute, what?!

Here comes the barrage of Orwellian buzzwords and phrases:

"build up cultural competency among educators"

"learning accountability"
(quite a statement from a system that just jettisoned final exams, and dumbed down its grading system to inflate final grades - which college admissions offices will catch onto soon enough, tarnishing our once great reputation across the country)

"Smith did not say precisely how success would be measured."

Your tax dollars "at work."