Rockville Hooters to close in November 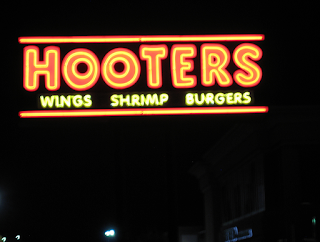 Hooters on Rockville Pike will close after surrendering its liquor license to Montgomery County on November 1. The move, which was brokered by a Hooters attorney, renders moot an August 4 liquor license hearing the restaurant was facing. That was to address the restaurant's role in the drunk driving death that killed Montgomery County Police officer Noah Leotta last year.

The driver who struck Leotta had been served alcohol at Hooters on December 3, 2015, before he drove north on Rockville Pike. His blood alcohol level was .22. This decision, reached in agreement between Hooters and an associate Montgomery County Government attorney, Kathryn Lloyd, seems to acknowledge that the fallout from fighting the violations alleged by the County would not have been worth keeping the restaurant successfully in operation. Community outrage had been seen in comments posted on the restaurant's social media accounts following the tragedy.

Hooters stated to Lloyd in a letter agreeing to the exit that the proposed resolution "holds Hooters accountable, and hopefully contributes to the community's healing process." The company and others could still face civil suits from Leotta's family in the incident despite the liquor license agreement.
Posted by Robert Dyer at 8:00 AM