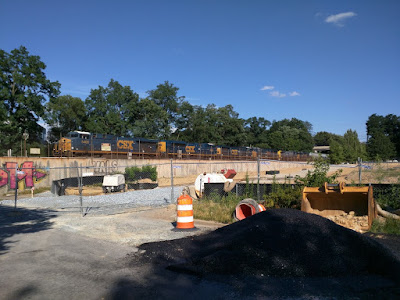 Mystery project name. Mystery developer. Despite still being publicly known by an address and an LLC, construction is underway at the future 1900 Chapman Avenue development in Rockville. The project includes 319 apartments, 61 townhomes, office space, and 3 to 4 retail spaces. 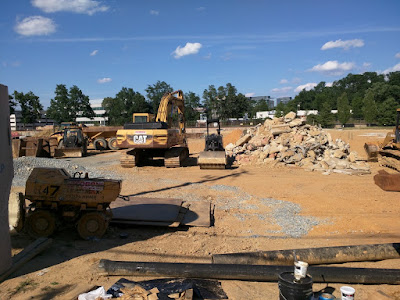 Right now, concrete and asphalt have been demolished and cleared, and some grading work appears to be underway. You can see how close the townhomes will be to passing CSX, Amtrak, MARC and Metro trains in some of these photos, an issue raised by some planning commissioners during the approval process.

The site is bordered by the railroad and Twinbrook Parkway. It was previously home to Syms. From some angles, the current state of the site creates a surreal atmosphere. In the photo below of a Metro train passing the site, I can almost convince myself I'm standing near a CSX main line in Boyds or Adamstown. Almost. 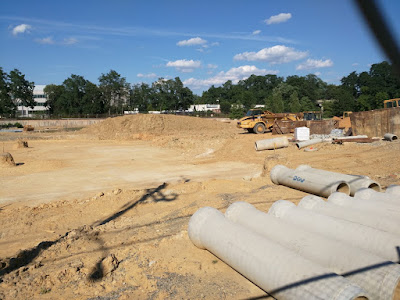 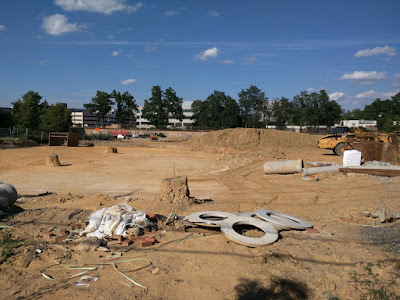 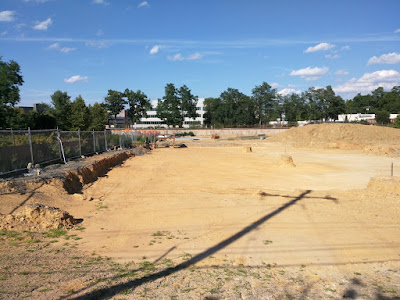 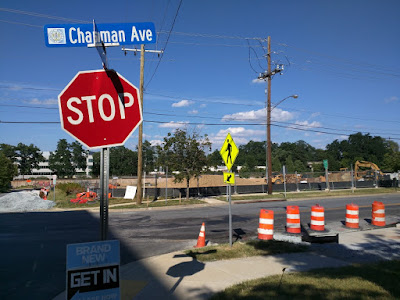 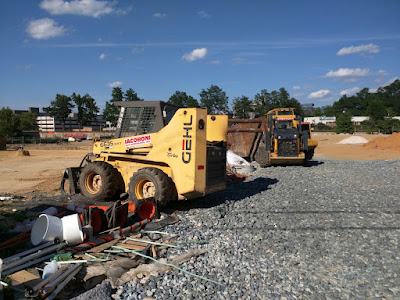 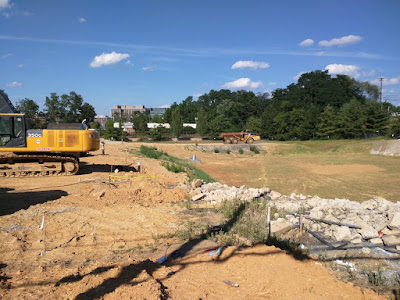 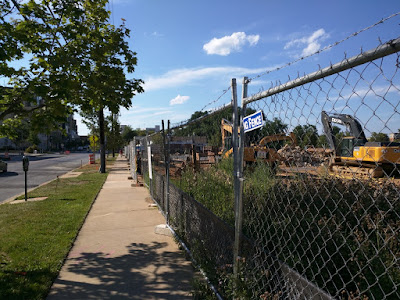 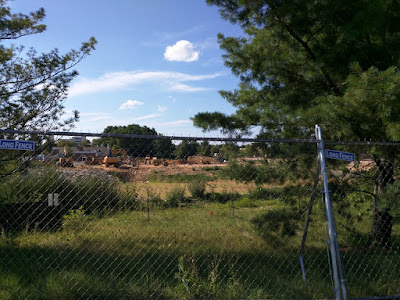 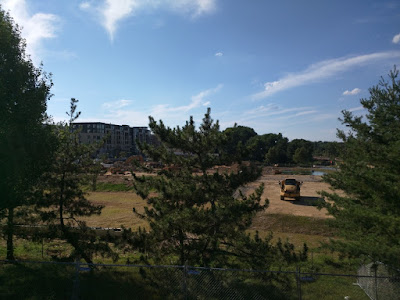 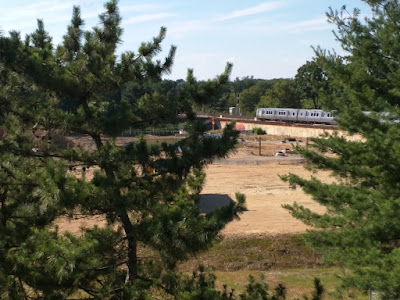 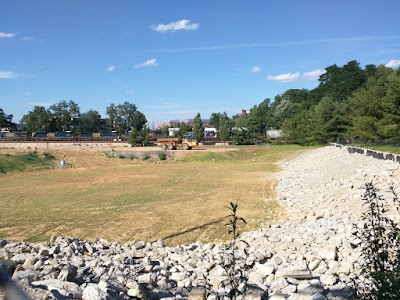 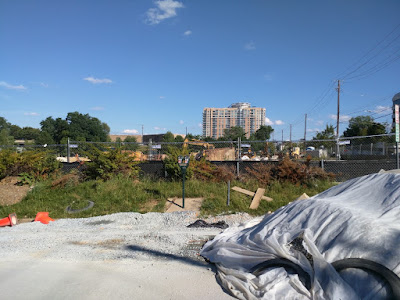 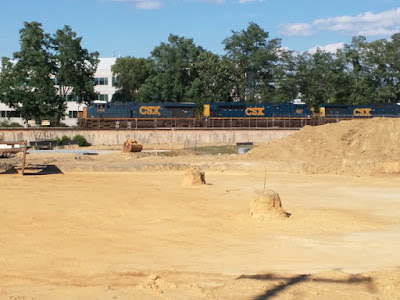 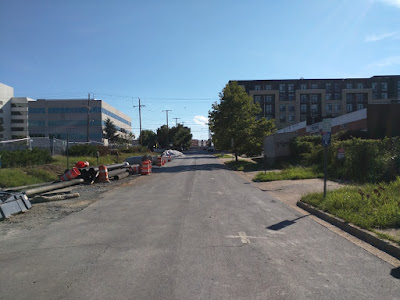 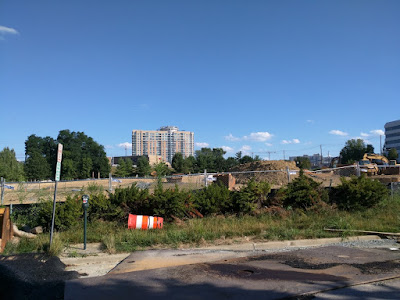 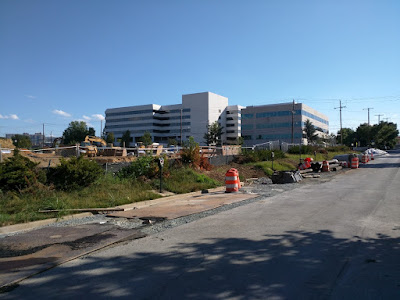