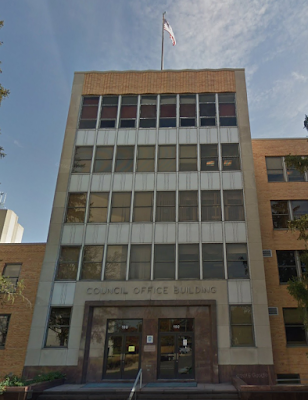 Community outrage over the alleged gang rape of a 14-year-old student in a bathroom at Rockville High School last week has spawned a rally planned for tomorrow, Sunday, March 26, at 4:00 PM, in front of the Montgomery County Council building at 100 Maryland Avenue in Rockville. Speakers will include community activists and organizations, and political candidates who will be running in 2018.

While emotions are running high over the gang rape, rally organizers say they're asking attendees to protest with a "firm but calm demeanor" - and to create and bring their own signs.

Many blame the County Executive, County Council and Montgomery County Public Schools for policies and security lapses which they feel allowed the bathroom assault to occur. Those officials' decision to wait several days to comment publicly, their often tone-deaf response, and the sense that they were angrier about criticism directed at them than about the rape itself, further outraged county residents. MCPS Superintendent Jack Smith was blasted for an inept response, and pilloried online for calling parents racists and xenophobes. A petition is now calling for Smith's resignation. It has 1387 signatures at press time.
Posted by Robert Dyer at 8:43 AM