MoCo Council, at war with their constituents, to fortify their building - literally 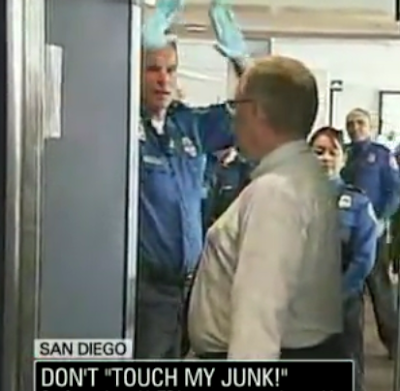 The next time you try to testify before the Montgomery County Council, or attempt to meet with your councilmember, you may find yourself being patted down at a TSA airport-style security checkpoint. While doing absolutely nothing in the last 12 days to secure Rockville High School - where one girl was repeatedly kicked in the head, and another gang-raped in a bathroom just weeks later, the Council is moving extremely swiftly to fortify and harden their own office building. In yet another tone-deaf move, and yet another indication of this Council's chronic inability to get over themselves, they are about to spend millions of dollars to screen constituents trying to participate in their own government.

Councilmembers and their staff are of course giving themselves a pass on the pocket-emptyings, patdowns and stripdowns - they will now have card access that allows them to bypass the TSA-style checkpoints you'll have to endure to criticize the budget or their latest crazy scheme. In a rambling dialogue with reporters on the expenditure, which the Council is introducing this morning, Council President Roger Berliner could identify no credible or imminent threat to the Council or their staff that would justify this exorbitant cost.

Directly across Maryland Avenue, Rockville City Hall has no such entry restrictions and security screening (although you can bet they will if the Council sets the precedent).

What's going on here? Do they know of something we don't know - a pending zombie apocalypse, perhaps?

As always with this Council, hubris is a factor, with their delusional sense of self-importance already off-the-charts. 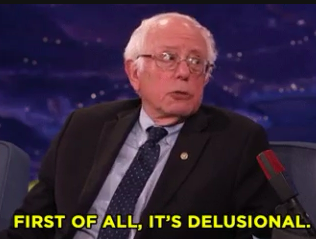 But it's clear that their increasing conflict with their own constituents has led them to believe they must fortify their building against their own people, their own voters. The Council more and more has thumbed their noses at the people of Montgomery County, whether it is in the form of tax hikes, or in the approval of massive developments incompatible with surrounding neighborhoods. With their latest scandal, the gang rape of a 14-year-old girl at Rockville High School, their incompetence and placement of ideology over the public interest has attracted scorching new criticism from across America. The thin-skinned babies aren't used to hearing criticism, and have been throwing one temper tantrum after another as a result.

Knowing that they plan to continue defying the will of the People, they have now concluded that the harsh criticism they've justifiably received is going to escalate into physical violence. For most rational public servants, that would be an indication that something has gone wrong, and that a change of direction is in order.

But not for these clowns. Instead, they're going to keep governing for their own personal and political gain, and simply fortify their building. They've made clear it's acceptable for girls in Montgomery County to live with the risk of being gang-raped, or beaten to the point of hospitalization. But for themselves, they are seeking guaranteed safety, at your expense.

It's also notable in one other respect. This fortification without any justifying security threat marks the only time the Council has proactively addressed an issue, and - surprise - it's all about them, not us.

The Council never bothered to ensure adequate backup for its 911 system until 2 of its constituents died when it failed. They never bothered to withhold redevelopment rights from older apartment buildings, so landlords wouldn't have an excuse to wind down maintenance and put tenants at risk - until one such building exploded, killing 7 more of their constituents. And even then, while they made a PR stunt of expanding apartment inspections, they quietly declined to actually appropriate the funds to pay for the additional inspectors.

No such problems here. As usual, the only jobs this Council has created have all are in county government. You'll be picking up the tab for the scanners, metal detectors, conveyor belts and pat-downs. In the war against their constituents, and no expense will be spared. 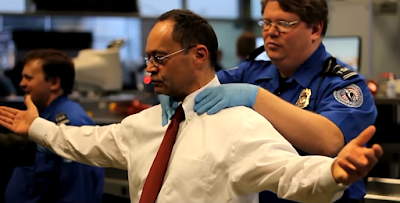