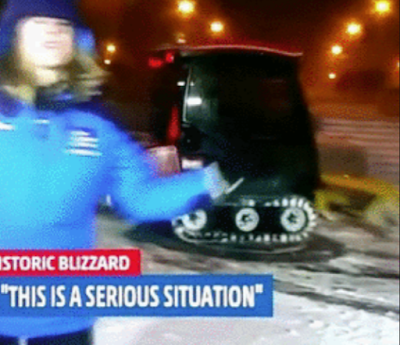 The new Montgomery County "snow portal" touted by County Councilmember Hans Riemer and other officials got a failing grade from residents I spoke to, and on social media, after yesterday's storm. Not only is there no longer a map to view snow operations countywide, or even in your area, but the consensus opinion was that the time estimates were no more useful than the old map. Not to mention that switching to a primitive text format, instead of a graphic map, was like going from iPhone to DOS.

Riemer provided some additional fake news about his sidewalk shoveling bill, which cost taxpayers $6,458,000, but came up even shorter than the snow portal. In a blog post, he boasted that since the bill passed two years ago, "I find that the County is doing a much better job clearing snow from sidewalks where the County (or Parks) is the responsible party as well as helping clear snow from sidewalks where there may be a public safety concern."

"It's just as useless
as past versions. #FAIL"

This is simply not true, as I well-documented last winter. On Westbard Avenue alone, sidewalks fronting both Montgomery County (Little Falls Library) and Montgomery County Public Schools (Westland Middle School) property remained unshoveled a full month after the largest storm. Embarrassingly, Riemer himself passed by these very sidewalks after the storm on a carpetbagger's bus tour for the Westbard sector plan, and took no action to get them cleared.
Riemer's claim earns him the Four Pinocchios/Pants-on-Fire awards.
Posted by Robert Dyer at 8:43 AM