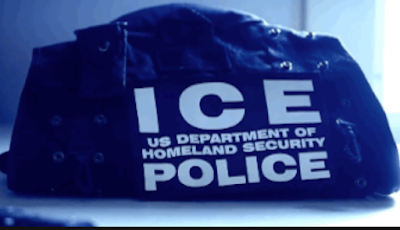 A large contingent of legal immigrants turned out to oppose legislation that would codify Rockville's status as a sanctuary city for illegal immigrants last night. Their testimony appeared to rattle sanctuary advocates as the night went on. Some proponents began to discard their prepared remarks to instead rebut, criticize and attack the mostly Asian opponents, an indication of the effectiveness of the latter's testimony.

While sanctuary proponents emphasized the value of a diverse community as one of several reasons to prevent Rockville Police from checking the citizenship status of those they interact with, it quickly became clear the city is already diverse in both race and political opinion. And while legal immigrants bring unique contributions, culture and ideas to Rockville, many last night evoked the more universal reasons families have chosen to live and start businesses in the city, such as safe neighborhoods and good schools. They also saw exempting undocumented residents from the long and costly citizenship process they undertook as inequitable.

"I came here to testify for my 3 kids," said resident Alex Song. He criticized the proposed sanctuary law for putting "illegal immigrants in an advantage over legal immigrants. It's really unfair." Rockville resident Ying Tang said it took her about a decade to become an American citizen.  "We've spent so much time and money," she told the Mayor and Council. "It's unfair. Please respect people who respect the law." "We worked hard and waited our turn," recounted longtime Rockville resident Brigitta Mullican, who legally emigrated from Germany in 1956. Mullican presented a petition with 544 signatures collected in only 1 week opposing the sanctuary legislation, which she called "a blatant violation of federal law."

A resident of Seven Locks Road recalled how he voluntarily deported himself and surrendered to authorities in Canada, so that he could begin the process of formally applying for American citizenship. "I stand here as an immigrant to oppose this," he said. "No one is above the law. Local government should not pick and choose which laws to enforce." He slammed the trend of open border advocates "labeling us as bigots, racists, this phobia and that phobia. We immigrants are all too familiar with the issue."

Many opponents expressed concerns about increased crime, arguing that crime has already increased in Montgomery County, since its leaders pursued a sanctuary policy of their own years ago. Proponents and opponents presented dueling crime statistics to back up their points. Sanctuary advocates said crime is lower than ever nationwide, and that illegal immigrants commit less crimes than American citizens.

Shawn Nie countered that crime has increased under the sanctuary policies of Montgomery County, and that the proposed change in city policy would increase illegal immigration to Rockville. A Gaithersburg resident seconded Nie's assessment, warning that "criminals will take advantage of the situation, and infiltrate our society. There will be no safe neighborhood anymore. Rockville will be a safe haven for criminals."

A resident who moved here from Houston said she witnessed safe neighborhoods there deteriorate, as undocumented immigrants arrived in greater numbers. "Frequent robberies, even murders," caused residents to leave and businesses to close, as "gangs, drugs and violence" became more prevalent. One legal immigrant who owns a business in Rockville said he has already noticed an increase in vandalism in the city.

Some residents told of specific incidents where they were victimized by illegal immigrants. One legal immigrant said his father's car had been struck by an undocumented driver, which left him stuck with $4000 in damages, with no way to collect from the driver at fault. "We cannot take this anymore," he said.

A King Farm resident testified that an illegal immigrant posing as a legal citizen contractor bilked her out of $2500 for shoddy home repairs. The U.S. Immigration and Customs Enforcement agency claims nearly a quarter of illegal immigrants arrested in America get arrested again in the future, a representative of the Asian-American GOP Coalition testified. "Our judgement should not be dominated by emotion," he said. A later speaker concurred. "I put my heart down, and used my brain," she said. "As an immigrant myself, I don't think this is a wise decision. It's dividing the community, it's sending the wrong signal."

Others shared her concern about what message the city would be sending. "You indeed are telling the world the law in this country is useless," said a legal immigrant who obtained citizenship 12 years ago. "Please obey the immigration laws of this country." "Our country's a country, not a charity," testified Liz Matory of Silver Spring, who called the sanctuary proposal an example of paternalism.

"Invasion our situation," summarized Rockville resident David Brenner, who recounted a brief history of immigration in America since World War II. In more recent times, he said, illegal immigrants have contributed to the "continuing decline of the country," assisted by sanctuary jurisdictions like the city. "Now the city wants to officially get in bed with the invaders," Brenner charged. He said any Rockville elected official who votes for the sanctuary legislation should be "prosecuted and imprisoned for a period of time."

Supporters of the proposed sanctuary policy began the evening making their case. Kate Perino, a Bethesda attorney, warned that the city could encur civil liability if it wrongfully detains an illegal immigrant based on the advice of ICE. She pointed to a case in Oregon where a jurisdiction was found to have held a prisoner on an ICE detainer without probable cause. When the case went to trial, instead of backing up the city, "ICE left them hanging in court." Several speakers stressed that Rockville would not be reimbursed for costs incurred by cooperating with ICE, and that city police would be diverted from their core mission.

"We should have much more open borders," testified a Lincoln Park resident. Another Rockville resident downplayed the value of legal citizenship, saying, "I don't believe that paperwork defines what it means to be American."

But as the evening progressed, sanctuary proponents shifted their testimony to address the impactful testimony of the predominantly-Chinese legal immigrants who turned out in force to oppose the legislation. A few proponents, possibly proving "Godwin's Law," began to invoke Adolf Hitler and the Nazis, and compare them to those seeking to limit illegal immigration today. Robin Lerner, a Rockville resident since 1974, rejected that comparison. "I'm Jewish. I'm from Russia. You can't compare the two," she said.

Other sanctuary opponents bristled at some of the harsher attack rhetoric. One local business owner who spoke against the proposed policy said he has hired employees of every background, and has even sponsored immigrants who followed the legal citizenship process. He recently attended the wedding of the son of one such citizen he sponsored, who was named in his honor, he said. "The racist and bigoted label is not gonna stick with me," he argued.

A number of speakers questioned where the proposed law came from so suddenly, and why. Mullican suggested it was "premature" for the city to act, when federal immigration reform is likely in the near future. Edward Amatetti, a candidate for the District 2 seat on the County Council, said the city should have asked residents first, before proposing a specific policy. "I'm a scientist. I have no clue how this proposal came out," said a resident of The Fitz in Rockville.

Perhaps the most colorful speaker was a legal immigrant who urged those promoting the sanctuary policy to instead open their own homes to undocumented immigrants. "Be sure to have a lot of extra keys made," she advised, exhorting them to advertise the sanctuary status of their homes using lawn signs and Facebook ads. "Use your money, not the taxpayers'."
Posted by Robert Dyer at 10:36 AM