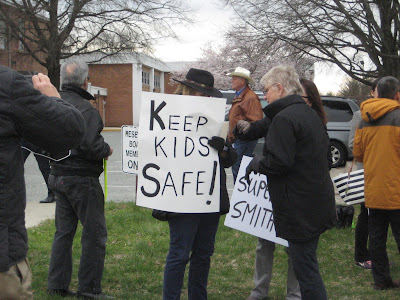 Protesters gathered yesterday outside the first Montgomery County Board of Education meeting since the alleged gang rape of a 14-year-old girl at Rockville High School on March 16. Angered to find that such an important incident was nowhere to be found on the meeting agenda, protesters and political candidates called for the immediate resignation of Montgomery County Public Schools Superintendent Jack Smith.

"Our schools are overcrowded, undisciplined, low-achieving havens for violent street gangs," said Tom Ferleman, a candidate for the Montgomery County Council's District 2 seat. "The entire nation now knows us for the alleged rape of a child." Ferleman was one of those asking for Smith to resign.


After rally organizers held a press conference outside the Carver Educational Services Center in Rockville, several participants went inside to speak during the public comment portion of the meeting. Edward Amatetti, a teacher and also a candidate for Montgomery County Council District 2, said the gang rape was "not an isolated [incident]." He referred to the recently-revealed assault on a 17-year-old female student, which was covered up by Rockville HS school administrators and not reported initially to police nine days prior to the gang rape incident. The victim and her stepfather were given a "weeklong runaround" by the school and police, Amatetti charged.

Amatetti said a Latino immigrant father told him that he pulled his daughter out of Rockville H.S. after observing suspicious activities by students there. "He knew what he was seeing, even if school leaders didn't," Amatetti said, an allusion to the principal's recent denial of gang activity at the school. He recalled another Rockville H.S. parent telling him that his son was warned by a teacher to "keep his mouth shut in class," because members of the MS-13 gang were in that class. That teacher said he also was afraid of MS-13 himself.

The Board has been "too silent" on the gang rape incident, Amatetti said. He singled out Smith, telling him "your responses have been inadequate."

Montgomery County Republican Party Chairman Dick Jurgena pressed the Board as to "why illegal alien men, who come from a completely-different culture and have no apparent educational training, are mixed with students as young as 13 or 14 years of age. How these two young men came to be enrolled in the county school system, and in the freshman class, raises many questions."

After their critics spoke, some on the Board were less than contrite. Patricia O'Neill, who is about to celebrate her 20th year on the Board, said the alleged gang rape was "shocking to all of us," and "horrifying. But I do not have facts," she hedged. Then, like several other county officials over the last two weeks, her voice suggested the public criticism of Smith and the BOE was a bigger issue than the rape itself. Raising her voice, O'Neill complained she has "truly been troubled by the harassing, threatening emails and phone calls," apparently oblivious to the fact that that very focus on politics, instead of the crime itself, has been driving many of those communications.

While O'Neill hasn't been heard raising her voice against violence against 14 and 17-year-old girls in school, she said that while watching a Fox News segment on the rape, "by the time the show was over, I was shouting at the T.V. Fake news has triggered this avalanche of vitriol."

It was also intriguing that Board member Jill Ortman-Fause said the emails and phone calls had "raised the level of anxiety in our schools," as opposed to the threat of rape or violence being the source of anxiety. "A lot of them are threats, and have to be reported to the police," she said, before taking time to congratulate staff. Board member Rebecca Smondrowski chose to reprise Councilmember Roger Berliner's infamously tone-deaf assessment of the gang rape: "Bad things happen." Oops.

Board President Michael Durso appeared to endorse the vitriolic remarks of a speaker during the public comment period who lashed out at those criticizing the school system, accusing them of being racists and using the rape incident and immigration status of the suspects for political gain. Neither the speaker nor Durso appeared to realize that MCPS and the Montgomery County Council have already politicized immigration, including many public statements, issuing resolutions and hiring an expensive immigration attorney with no clear Montgomery County-oriented purpose. No other jurisdiction in the area retains a specialized expensive immigration lawyer other than Montgomery County.

Perhaps in response to criticism over leaving the rape case off the agenda, Smith outlined the general security topics he and the system will review in the coming weeks:

"I cannot express to our community how serious we are about this," Smith assured. But, examining this list, it sounds like a checklist one would already have gone over every six months or so in the post-Columbine/9/11 era. Is this really the first time this basic sort of list is being considered in such a large school system? That's cause for real concern by itself.

The pattern in the county has been just that - addressing basic, fundamental problems only after a catastrophic failure. This is how the County Council has operated for years. 911 system fails? Now we'll take a look at the backup systems. Flower Branch Apartments explode? Now we'll step up code inspections of apartment buildings. Did they just put county residents' email addresses online for hackers to steal from the Open Data website? Now Hans Riemer will draft a provision that should have been in his original legislation to protect residents.

It's time for new leadership, who can take a back-to-basics approach to the issues and services government should be focused on, instead of styrofoam, vending machines and teenage tanning beds. 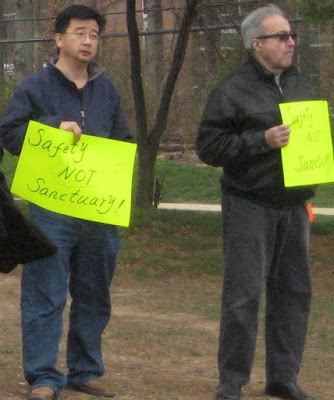 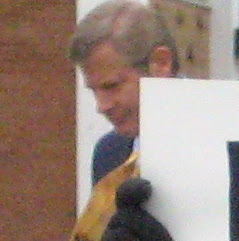 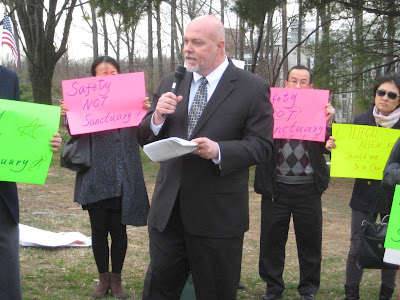 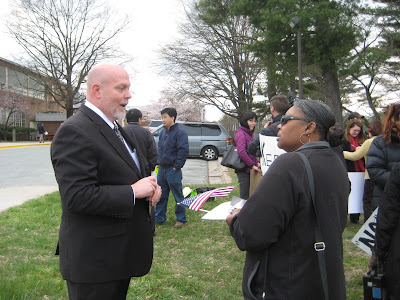