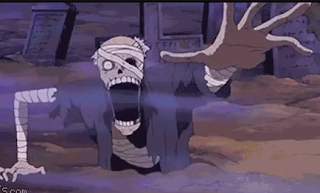 Montgomery County residents stopped the County from creating an independent transit authority (ITA) twice this decade. Now the zombie body with unlimited taxing power - and a potentially County-wrecking ability to rack up unlimited debt - has been revived a third time. Hidden in County Executive Marc Elrich's Transition Team's report is a new proposal for an ITA.

The proposal summary reads:
"The Authority could have the following attributes: It could include governance for both BRT and Ride-On (and other County transit initiatives like bike trails, micro transit pilots, etc.); It would have separate bonding authority not linked to the County’s limits; It could have a 5-7 person board made up of appointees by the County (Executive and Council), the State and perhaps larger municipalities in the County; It could have authority to levy a small increase to the State gas tax or sales tax to finance County transit projects."

While you'd think it's unlikely County elected officials would dare to include the insane provision of the original ITA proposal - the inability of the elected Council to sign off on the unelected ITA's budgets, that question is not covered in the brief ITA proposal in the report.

Other major concerns were that the Council could offload massive amounts of debt from their own capital budgets to the ITA, and that the ITA would have unlimited taxing authority without any accountability to County voters. But it's no surprise that the MoCo cartel is trying to revive the ITA's corpse for a third try.

The ITA was conceived by the cartel for practical reasons foremost - specifically because it is literally the only way to fund the County's proposed $10 billion Bus Rapid Transit network, and secondarily, because the funding scheme for the Purple Line is going to drain away so much money from the future pot for transportation projects in the County. Because the ridership of BRT will be so low, there is no way to create a public-private partnership to fund it - there's no profit potential for a private partner.

Again we are seeing the overconfidence of a political cartel that thinks itself invincible after defeating their decades-old boogeyman, the Columbia Country Club. New property and trash taxes, a proposed drop in speed limits, and the creation of a monster spend-and-burn ITA that could bankrupt the County if taxpayers were held liable in the end for its debts. What will they think of next?
Posted by Robert Dyer at 10:18 AM