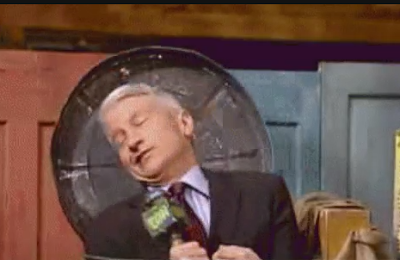 Not only will Montgomery County residents be getting a property tax increase in the next fiscal year's budget, but now the Montgomery County cartel is proposing a new trash tax. That's right, from the folks who brought you a tax on the rain, and the epic 2010 energy tax hike, comes a tax on your trash. The tax is referred to by County Executive Marc Elrich's transition team as, "Pay as You Throw."

Like most Montgomery County taxes, the new trash tax is a regressive tax that will hit the poor and middle class the most. The new Pay-as-You-Throw trash tax will also hit working families and large families hard especially hard. Rich people who dine out every night, not so much. Thanks to one Bethesda citizen who stood up in recent years, the WSSC's attempt to bilk large households with illegal punitive water fees was found unconstitutional by a judge. The utility, while dragging its feet slowly and mightily, is now being forced to reduce those fees on large households.

Montgomery County's proposed trash tax is likewise unconstitutional, and targets specific residents with exorbitant fees. The more trash you generate, the higher the trash tax will be. Regular trash fees will also rise, to cover the costs of replacing residents' own trash cans with "official" trash cans. As other jurisdictions have found, the result will be a large increase in public dumping by those who either cannot afford the multiple County trash cans, fees and new trash taxes, or who find they have more trash than will fit in the number of official County cans they have. This is going to be a disaster for our streams and watersheds, which are already filled with trash thanks to the Council not making any effort to arrest those dumping and littering in large quantities. 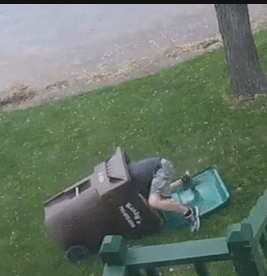 Will residents stand up and fight the new Montgomery County trash tax? Predictably, the local media wasn't seeking out many who would after the cartel officially floated the trash tax trial balloon Thursday. A majority of taxpayers did not punish the Council after the passage of the bag tax, which utterly failed to reduce plastic bag use, and was proven to be a revenue grab only. If you don't fight the trash tax, you're going to get the trash tax.

Why is the trash tax being floated? Trapped politically, and by activist-attorney Robin Ficker's successful property tax cap approved by voters, the Council nevertheless wants to keep spending insane amounts of money on their developer sugar daddies and other cronies. As they've forced the rich to flee to lower-tax jurisdictions in our area, revenue has continued to plummet, while spending only increases annually. 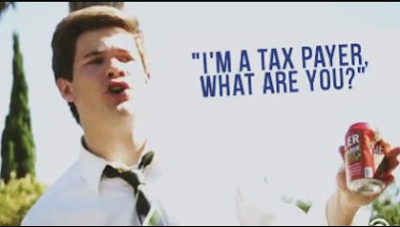 They want to keep giving massive raises to County employees, as well. I strongly support honoring labor contracts; a deal is a deal. But County Executive Marc Elrich was informed soon after his victory about the bleak budget and revenue forecast. So, while I agree strongly with his positions on development, I was surprised at the size of the pay increases he agreed to with union leaders. Now those wages and benefits have to be paid, but there's little political room for a massive property tax increase. How to raise taxes massively, and disguise it as a fee?